Can Microsoft catch up with VMWare and Amazon? 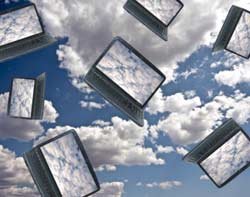 Analyst David Chappell says the unification Azure and System Center is big news, but late in the day. “Now you see a common UI between Azure and System Center and if they choose, for hosters. It is unification of what had been wholly different models. That made no sense. Those groups acted as if they were competitors. Now Cloud OS says, stop this. It looks like a good direction, but the reality is, they should have done this years ago. The fact that they were ever able to build these private cloud and public cloud technologies that were so disjoint is an example of organizational dysfunction. Fixing that is a great thing.”

Can Microsoft catch up with VMware in virtualisation, or Amazon in public cloud? Beating VMware is an easier task, says Chappell. “From the numbers I’ve seen, Hyper-V is catching up to VMware, because customers don’t want to keep on paying big amounts to VMware if they can get it for vastly less in Windows. It won’t catch up tomorrow, but Hyper-V will keep on growing. In the public cloud space, it’s tougher. Amazon will never let Microsoft get a pricing edge, and the bundling aspects in connection with the operating system are harder to see.

“At the same time, when I’ve seen enterprises choose Azure over Amazon, the reason is almost always the vendor relationship. So given that cloud platforms live and die based on trust, that trust of the provider, in this case Microsoft, is really important.”