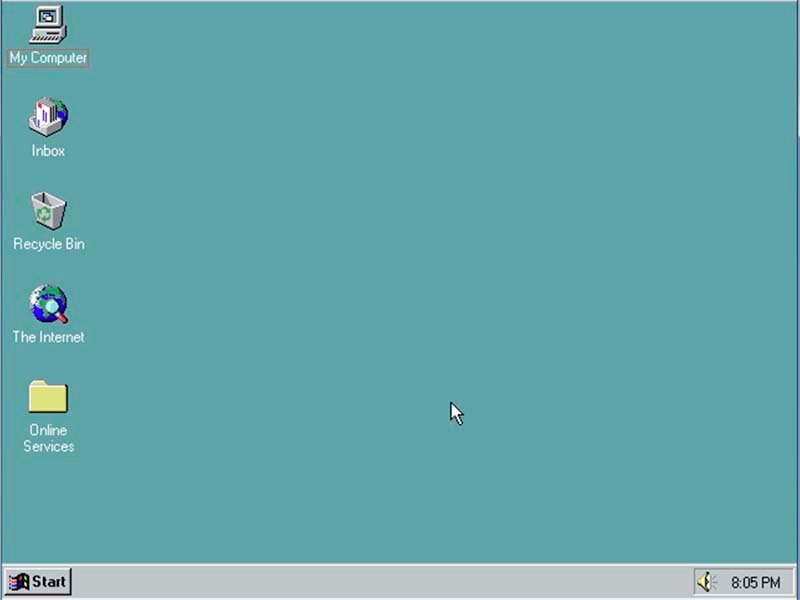 Microrosoft definitely hit the big time with the launch of Windows 95, which featured the Rolling Stones' Start me up and queues of people waiting to buy the new operating system. The operating system (OS) was designed to boot directly, without first starting Dos, but the command line interface was still available.

Microsoft sold seven million copies in the first five weeks, a record at the time. The OS featured the idea of plug & play, where devices could be plugged into a PC, and the OS would automatically search for the best device driver software. Previously, users needed to  have an install disk from their hardware manufactuer to enable the device to work with the operating system.

This screen shot is taken from the Programming Defunct blog, where Windows 95 is being run on an Oracle VirtualBox VM.