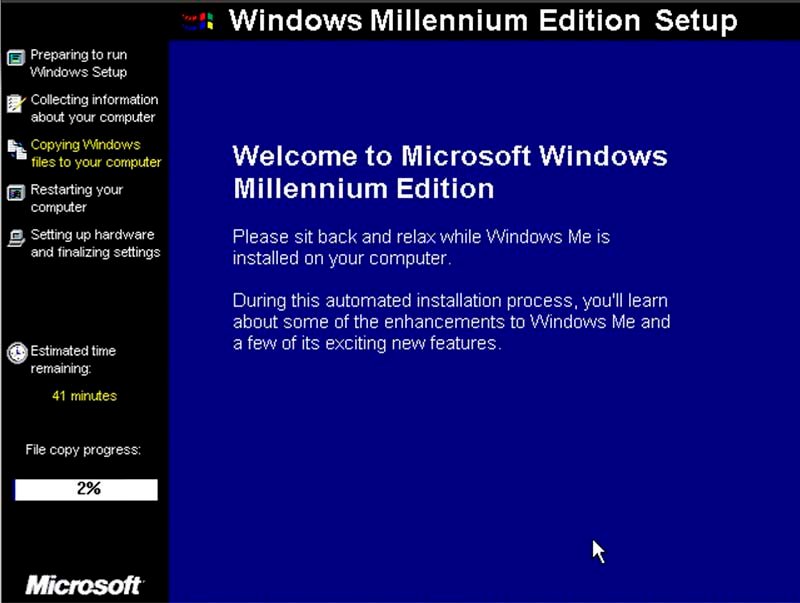 The Y2K date bug threatened to kill off all computers including PCs. Windows users seemed largely unaffected and Microsoft took the opportunitity to launch two deskop operating systems: Windows 2000 Professional for the business user, based on its Windows NT kernel, and Windows Millennium (Me).

Windows 2000 Professional was designed to replace Windows 95, Windows 98, and Windows NT Workstation 4.0 on all business desktops and laptops, while Me represented Microsoft's last operating system based on the Windows 95 code base.