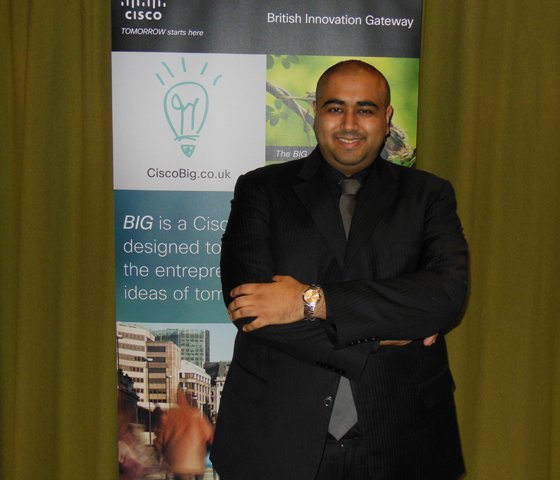 “It is clear that people nowadays, teens in particular, prefer the private, personal nature of chatting with friends, versus the public broadcast nature of Facebook and other social networks.

“And when it comes to photo sharing, it is no different.

“Whereas a few years ago the main photo sharing platforms would have been Facebook and Flickr, nowadays it is all about Snapchat. Last year when Facebook scrambled to acquire Instagram it was because of the sheer scale of photos being shared over their platform that made it so attractive. However, where Instagram sees 50 million pictures shared daily, Snapchat has 150 million shared every day. This is an incredibly clear indication that users would much rather prefer the personal engagement of private photo sharing than broadcasting publicly.

“However, as great as these private sharing apps are, there is a big disconnect between chatting and picture sharing. Although you can share photos through chatting apps, Whatsapp and others tend to put photos as an afterthought that get lost in the conversation stream.

“Facebook and Instagram let you broadcast photos, but don’t emphasize chatting around them, while Snapchat lets you quickly share a photo, but you can’t have a conversation around it or discuss it. In fact on Snapchat, if you want to reply to a picture, you have to send another picture or leave the app and send the friend a text.

“There is still no quick way to share a picture privately and then have a conversation over it. Which is why we developed Lutebox.

“Lutebox is the fastest way to share a moment and talk over it.

“With Lutebox, your pictures and conversations around them are saved, as photos are meant to be. Lutebox lets users quickly snap and share a photo, with selected friends privately, and then chat with them about it. The best part is although the emphasis is on voice chatting, users can use text or even another photo to message back and express themselves. Lutebox represents the best of picture chatting.”

Questions we asked the Cisco startups:

If you were Prime Minister for a day what policy would you implement to help startups?

What is it really like being a startup in the UK and how would they encourage CIOs to purchase to work with them over established suppliers?