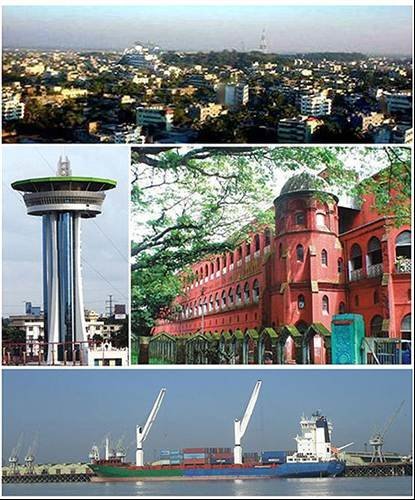 In the South east of Bangladesh, Chittagong is its main seaport. It is also the country’s second largest city with more than 2.5m inhabitants. Source Tanweer drmc, Wikipedia Commons