The political momentum behind the connected future enabled by the internet of things (IoT) is clear, writes Jonathan Hewett of Octo Telematics. Increasingly we see insurance positioned at the frontline of this technology shift as players across the auto industry recognise the key role it will play as we transition to the world of the driverless car.

In the Queen’s Speech, the UK became the first country in the world to announce its intention to legislate on insurance requirements for driverless cars. The Modern Transport Bill will “ensure the UK is at the forefront of technology for new forms of transport, including autonomous and electric vehicles”.

While some commentators contend that driverless cars will make motor insurance unnecessary, as summed up by roads minister Andrew Jones, the suggestion “is a lot of pie in the sky.” Insurance will remain fundamental, but policies of the future will look very different to those we buy today. 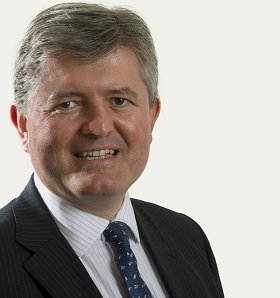 By harnessing driver data and applying data analytics, driverless car insurers can benefit from the insight they need to forecast risk, says Hewett.

Currently, insurers have to price their policies based on proxies and assumptions. The risk premium for car insurance, is currently determined by factors including the driver’s age, postcode or the model of car they own, regardless of their actual driving behaviour.

However, by harnessing driver data and applying sophisticated data analytics, insurers can benefit from the crucial insight they need to forecast individual risk. This is an increasingly essential capability in the shift towards connected and driverless cars.

Insight into government thinking around driverless car insurance suggests that future policies would go even further than this, essentially holding vehicles, and by extension their manufacturers, liable for accidents. This is a very different proposition for insurers to consider. The focus is taken away from the driver and their involvement. Instead it falls on the robustness of the algorithms and technology provided by manufacturers that enable vehicles to make decisions and drive.

Accordingly, as autonomous vehicles become more widely adopted, the driverless car industry will undoubtedly require third parties to verify potential insurance claims and determine liability. In these situations, on-board telematics technology will be crucial in enabling an accurate data-informed reconstruction of any incident. For instance, should a Google and Tesla car crash into one another as they simultaneously avoid a pedestrian, the data gathered will be essential to determine which car is at fault and which manufacturer is liable. However for reasons of impartiality a third party will be necessary to hold that data and provide the analytics.

The momentum behind autonomous vehicles has the power to revolutionise the insurance industry, but it could be decades before regulators allow vehicles to be built without manual controls and the fact remains that we are still far from a driverless reality. Nonetheless, some of the technologies integral to the autonomous future are already enabling more equitable insurance and helping to shape better, more self-aware drivers.

Much of the technology that will take the driverless car from concept to reality already exists and is being utilised to assist insurers in processing claims faster and more accurately. And the market is growing fast: by 2020, consultancy Ptolemus estimates that nearly 100 million vehicles will be insured with telematics polices, growing to nearly 50% of world’s vehicles by 2030.

Telematics is providing both manufacturers and insurers with the opportunity to innovate and to develop new products, partnerships and approaches that are grounded in actual data. Not only will data-driven insurance will be a necessary norm for determining crash liability in the driverless future, but it will also be an essential step in making the transition to that future a safe reality.