Fire a few kalashnikov rounds into the air over a crowded square when Universal Credit is completed in 2019. Perhaps rattle a few volleys from the windows of cars on roundabouts. At the very least, throw some confetti.

Because the Universal Credit social security system will give government power to deliver equality at the press of a button. The only question is whether it or indeed any government will use it.

The Credit will be the final piece in a jigsaw of computer systems that will give government a totalitarian view of people’s incomes, and extraordinary powers to act on its intelligence by levying tax and paying supplements.

Its intelligence gathering system is a Domesday Book for the 21st Century: the Real Time Information system, built by Her Majesty’s Revenue and Customs almost without anyone noticing, and just coming online.

It happened with a surprising lack of public alarm, after all the fuss about ID Cards. But Universal Credit has commanded everyone’s attention with another knee-jerk IT bodge story. HMRC meanwhile built links with employers’ payroll systems, and the wider electronic banking system, to get live data about everyone’s earnings.

This would be creepy but for Universal Credit. By establishing its own data feed from HMRC’s realtime earnings intelligence, the Department of Work and Pensions has gained the power to correct pay inequalities in realtime as well. 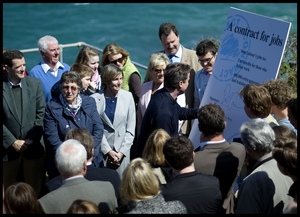 It just depends what you call social justice. Prime minister David Cameron campaigned in the last election with the idea that fairness was a middle class luxury: what’s mine is mine, and if you want some too, well fair on you if you can get your own.

While the UK has become the most unequal country in Europe, his ministers strive to cut the amount of money government redistributes from the rich to the poor on whose backs they stand. Universal Credit has been justified as a way to make sure the state paid the poor no more than their allotted handful of alms. Commentators have been more concerned with clawing back “overpayments” made by the approximated system of Tax Credits that preceded Universal Credit, than with increasing the paltry amount of redistribution that the system already manages to perform.

Universal Credit was presented to the public however as a system to administer social justice. It was supposed to encourage people to take grossly low paid jobs they would otherwise shun by topping up their wages with social security payments.

The point of Universal Credit was to “make work pay”, as its creator Iain Duncan Smith pitched it in 2010.

Without Universal Credit, the tax system worked against them. A family living on social support and a part-time wage could earn £7,500 more if their wage earner went full-time on the minimum wage. But the government would claim £7,000 of that in tax. That’s what they call 94 per cent ‘marginal taxation’, for someone who doubles their hours on poverty wages. 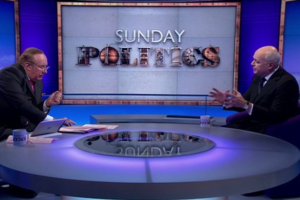 But as BBC bruiser Andrew Neil put it to Smith in December, if that same poor family got Universal Credit, 83 per cent of their extra income would still be consumed by tax. If on the other hand they were wealthy, and their wages went above £150,000, the government would tax only 45 per cent of the extra. So much for Cameronian fairness.

If Smith wanted to “make work pay” he might have simply made employers pay people a proper wage in the first place.

He had instead created a benefits system that subsidised employers who paid low wages, he admitted to Neil.

But the point of Universal Credit was that succeeding governments could tweak the Universal Credit algorithm to increase the amount of money it redistributed to the working poor, Smith said in not so many words. Once the system was set up, social justice was just a matter of calibration.

The problem it claimed to address wasn’t merely caused by companies not paying staff enough money. It was company directors not paying staff enough while paying themselves too much. And it was Übermenschen such as IT professionals demanding so much money that many of them have long since enjoyed a work regime that involved doing six months work and six month’s on holiday, or investing their surplus in property that they then rent out at exploitation rates to the people whose wages they’ve hogged, who they then employ to clean their cars and wipe their toilet seats.

Universal Credit’s own problems were exacerbated by an inability to recruit enough IT Übermenschen to build it, and an inability to pay enough money to retain them. It presumably capitulated and did for them what the social security system has failed to do for those beneath them: topped up their wages.

When the system is up and running, it will hopefully do for the IT Übermenschen what they programmed it to do: get their over-inflated wages back in tax and give to people more in need of it. 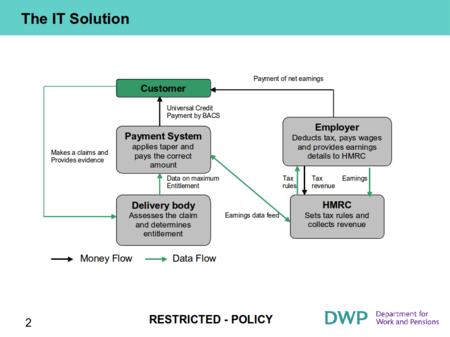 The basic concept diagram of Universal Credit illustrated how it would happen: an almost virtuous circle of data, money and labour.

HMRC would get data from banks and employers about the money people were earning, and DWP to feed back fair rebates to those being rewarded b ut meanly for their labours.

But the flow of money had not been automated between HMRC and DWP. The Treasury and parliament damned the flow and, under the current arrangement, would channel enough on to DWP for its Universal Credit to let a trickle back into the pay packets of the working poor.

Any government could open the taps. But they would not likely be under much pressure to do it, because the circulation of data was broken too. Employers knew what everyone was earning in their domain. The banks knew all they knew. All their incomes data went to HMRC. It and DWP would know what everyone was earning. But that’s where the circulation of incomes data would stop. Only employees themselves would be kept in the dark.

This has created a quandary in this 800th anniversary year of Magna Carta, the celebrated tax reduction the Medieval Barons muscled out of King John. 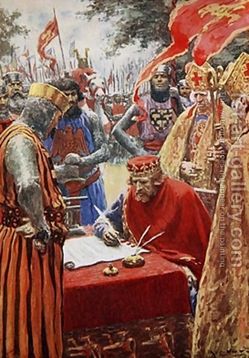 As HMRC cranks its totalitarian tax collecting system up this year amidst the commemorations of Magna Carter, it might seem appropriate to smash it up*.

For while the Carta is celebrated for empowering common people, it was the barons wot got the best deal. What’s trickled down since has evaporated as soon as replenished. HMRC’s Domesday computer now gives common people the means to muscle a better deal out of the barons, in these days of zero hours and obscene inequality. You might say Universal Credit was their Robin Hood. All they need now is a government prepared to use it. That would surely follow if the government took its defining computer-age policy to its logical conclusion – its promise of open data and transparency for the sake of democracy and liberty: so free our incomes data then, so we can see that justice is done.

* That’s what the Conervatives said they would do with big government computer systems anyway, and yet here they’ve built another one.