Xiaomi is actually pronounced “shi-yow-me” and that’s probably better written as “shiyow-me” so that you really run the sh and the ow together, but don’t make it an ow as in cow, make it an ow as in you just dropped a brick on your foot… and if you’re really pressed, you could just say “shall-me” and you’d be quite close.

Beijing headquartered Xiaomi is so-named because the company moniker translates to “little rice”, presumably because little means compact and self-contained, while rice denotes the staple of life and is packed with goodness and nutrients.

Naming conventions and branding provenance dealt with then, how do the units themselves shape up and perform in the ever-competitive smartphone market?

People call Xiaomi the ‘high-end affordable pro user’ brand that’s just that bit more reasonably priced than some of its competitors; certainly, the company appears to have this summer 2021 taken over the second place slot in worldwide smartphone shipments.

Canalys research manager Ben Stanton has stated that the company’s shipments increased more than 300% in Latin America, 150% Africa and 50% in Western Europe.

“As it grows, it evolves. [Xiaomi] is now transforming its business model from challenger to incumbent, with initiatives such as channel partner consolidation and more careful management of older stock in the open market,” said Stanton.

Straight out of the box, the 11T Pro smartphone feels slick enough for sure. The rear cover is nicely branded with the company logo and a free clear ‘sleeve case’ slips over (that last corner was a bit tough, but that’s probably a good thing) for protection.

Some users have advocated using phone clone apps such as Clone It, but simply going through initial setup and using Google’s cloud services appeared to bring in everything we needed over from an old broken phone.

Also among the first impressions was connection simplicity to establish a workable usable level of drag-and-drop with Windows (we didn’t test on Mac OS X) i.e. simply plugging in the USB-C power cable to a standard PC USB-A powered up an auto-install from Windows that allowed access to the Xiaomi internal storage folder in a heartbeat.

About five albums worth of music transferred over in 20 seconds and a half hour TV show file transferred in less than ten seconds. It does appear to depend on what quality of cable you use to connect, lower-end phone charger cables may not be up to the job.

In terms of operating system, Xiaomi runs the MIUI OS, which is a likeable fork of Android. In terms of core hardware, you get the Snapdragon 888 processor from Qualcomm, which is (at the time of writing) the company’s fastest mobile CPU. There’s a 120Hz AMOLED (Active-Matrix Organic Light-Emitting Diode, thanks for asking) display and a 108-megapixel triple camera.

But what a lot of people get excited about is the undeniably fast 120W wired charging, which means you can get a dead phone completely powered back to 100% in just over 30 minutes — it’s 36 if you’re counting.

There are a whole suite of AI-powered tools designed to boost creativity and productivity, but let’s just mention the Dolby speakers, they’re like… almost good enough to use without an external speaker if you were sitting at the beach or wanted to play some music while out and about.

According to its makers, we should take note of the Xiaomi 11T triple camera featuring a 108MP high-resolution wide-angle, 120° ultra-wide angle and 2x telemacro camera.

This smartphone combines AI cinema modes to distill the tricks of professional cinematographers such as Time Freeze, Magic Zoom and other types of complicated shots into just a single click, while the faintest of sounds are brought to life in a cinematic fashion with Audio Zoom.

You can use the Vlog mode to automatically edit video clips (just short ones, but it’s still a nice feature) and the photo tricks include a few nice twists such as being able to change the colour of the sky if you want to get all Andy Warhol over your images.

The Xiaomi 11T 6.67’’ 120Hz flat display delivers HDR10+ with over 1 billion colours and ‘eye care’ features, with up to 480Hz touch sampling rate. The Pro version has a stronger IP68-rated waterproofing function and the cheaper unit doesn’t have quite the same camera power, but there’s not that much to differentiate between the two.

So then to overall impressions, the Xiaomi is quick and easy to get used to and simple to install and integrate. Given that our smartphones are now becoming quite a serious extension of our PCs and in some cases fully mobile replacements while we are on the road, the simplicity and compatibility factors of these devices is one of the strongest selling points, along with the super-fast charging and the price.

There is a nifty function to use the power key on the right-hand side as a fingerprint reader, so that’s a nice addition.

There’s no wireless charging functionality, but you’ll be plugging in a cable a lot of time anyway because the connectivity to PC is so good. There’s no phono cable jack for headphones, but all our headphones are Bluetooth now anyway, so that mostly doesn’t matter either. There no rounded edge screen sides, but the overall size is meaty enough for those of us who would like their phones to be as close to being phablet wannabees as possible anyway.

We couldn’t find anything not to like with the Xiaomi, there was too much ‘it never works on a lot of units, but it works here’ functionality or the usability offered was intuitive enough for us to be able to get what we needed and enjoy it. Every previous app that we normally depend upon from Uber to banking apps and social media and Google’s core suite all work a treat… and the speakers are loud enough for a small party.

Show me the Xiaomi… okay, it’s not a branding slogan yet, but it might be… that’s not free guys, you know how to get in touch. 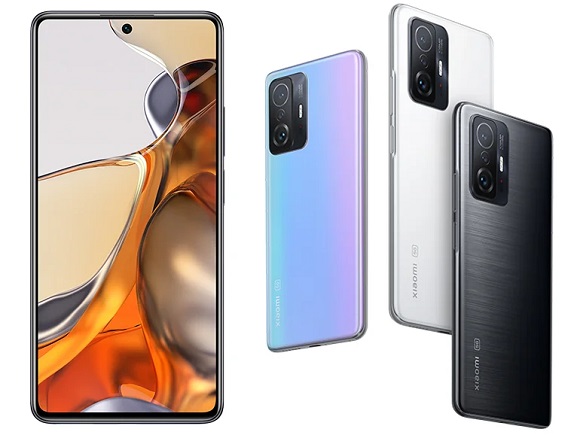