The Google Pixel XL is a solid 5.5-inch smartphone with high-end specs and a top-end price. Aesthetically the Pixel does little to set itself apart from any other plus-sized smartphone, instead letting its clean UI, strong camera and intelligent personal assistant do the talking.

Google has set the bar high with its first full smartphone: with exceptional performance, good battery life and great software, it is only a handful of refinements shy of being the best in its class.

Sit the Pixel XL alongside an iPhone 7 Plus and there’s precious little to differentiate them in either size or styling. Both feature 5.5-inch displays topped by Corning Gorilla Glass housed in an aluminium unibody chassis (although notable is the Pixel XL’s higher-density 2,560 x 1,400 QHD display). From the front the only deviation from the well-trodden template is the Pixel’s chin where the home button has moved to an index finger-friendly position on the back.

This rear button – in reality a ‘Pixel Imprint’ fingerprint scanner with some gesture capability – feels very fast and natural when holding the phone but does pose a minor usability challenge when resting on the desk. A feature like tap-to-wake here, as included by other manufacturers who’ve also switched to a rear home button, would make checking for notifications or unlocking the phone far quicker.

It’s on the rear, however, where we find the Pixel XL’s most striking design feature: a glass panel across the top that contrasts with the more familiar brushed aluminium body below. While fingerprints can smear its piano-black sheen, the gloss actually adds context and subtle but welcome grip. Also discrete is the only branding evident anywhere on the body, a laser-etched G towards the bottom.

The Pixel XL’s body thickens barely noticeably from 7.3 mm at the base to 8.5 mm at the top. This may make it marginally thicker than others in its class but by no means does this feel to its detriment.

The single speaker output is a generation behind its competition, and the lack of water resistance – widely featured elsewhere in this bracket – may be a put-off for some. Swings and roundabouts: there is no protrusion for camera optics on the Pixel.

Along the edge of the aluminium chassis are power and volume buttons a SIM tray, 3.5mm headphone jack, speaker and mic grilles and a USB Type-C sync and charge socket.

Once unlocked the Pixel XL provides the smooth Android experience that should be demanded from any brand new flagship phone unburdened by six months of apps and snaps. The Qualcomm Snapdragon 821 processor and 4 GB of RAM ensure that Nougat 7.1 – the latest iteration of Google’s mobile operating system – zips through screens and apps without hesitation. The over-heating that dogged the previous generation of Qualcomm’s mobile processors isn’t in evidence here, the Pixel XL keeping its cool while charging and under heavy load.

As expected Google has kept the Android UI deliberately pure, free from the skinning and bloatware that have in the past marked its competitors’ handsets. The live wallpapers are subtle but pleasant, Google Search is never more than a swipe or two away, and the Force and 3D Touch-aping long-press brings context sensitive menus but needs support from further apps to be truly useful.

Google’s voice-activated concierge Assistant debuts in the Pixel range, picking up where Google Now left off. Current users of Cortana, Alexa or Siri will feel at home as the dynamic is similar – at least to begin: say your trigger word (“Ok Google”) and then fire away with your question or request. Assistant’s speech recognition is excellent once trained on your voice and will invariably return with results within two or three seconds. What sets Assistant apart for now is the depth of data about you that it has at its disposal (your Google mail, calendar, location and search history, for example) and how it guides conversation through on-screen prompts.

Despite the power under the hood the Pixel XL’s stamina is good. A 3,450 mAh battery drives what Google claims to be an ‘all day charge’ and after a few days’ use this seems a reasonable statement. Intensive apps like Waze failed to make a heavy dent in the charge, even infamously battery-draining games like Pokémon Go did little damage. While not capable of wireless charging the Pixel’s fast charge yields a claimed 7 hours of life after 15 minutes on the grid. USB Type-C is clearly the correct direction of travel, but until the standard reaches the ubiquity of Lightning and Micro-USB you may still be well served carrying a charging cable with you.

The Pixel’s 12.3-megapixel main camera is among the best of any current smartphone, a claim backed by image benchmarking specialists DxO with a DXOMark ranking of 89 (for reference the iPhone 7 scored an also-respectable 86).

However, what hardware-focused Pixel-peepers don’t tend to comment on is everyday usability, and that’s where the XL’s camera excels. The stock camera app is fast to open from the launcher or when locked, quick on the trigger with laser-assisted autofocus, and packs enough editing options to keep most casual snappers content.

Video is well catered for too with well-saturated colours – even in low light – thanks to a f/2.0-aperture lens and large 1.5 μm pixels on the sensor. There’s no optical image stabilisation here as with some competitors, instead the Pixel XL relies on software to keep unwanted wobble in check – and it largely succeeds.

4K video at 30 fps is standard these days, with slow motion modes ramping up to 1080p/120fps and 720p/240fps. The 1080p/60fps video mode creates the smooth ultra-real effect that has become increasingly popular on video sharing sites.

With the base Pixel offering 32 GB of internal storage but with no option for expandable storage, video creatives may choose to upgrade to the 128 GB model or take advantage of the free unlimited storage for photos and videos offered by Google – uniquely for Pixel customers 4K uploads remain free at full resolution.

Google’s handsets arrive at a fascinating crossroads in the Android smartphone crusade.

The Pixel and Pixel XL phones are the search, ads, apps and now AI giant’s first attempt at owning the end-to-end smartphone hardware and software stack. But by aping Apple, is Google hoping to entice disenfranchised iPhone owners? Or, more likely, will it hope to pick up the baton dropped by its Android partners?

With long-time leader Samsung faltering dramatically with its Galaxy Note 7, former front-runner HTC falling by the wayside (although still silent a partner in manufacturing the Pixel) and Sony looking to alternative routes to help its handsets stand out from the pack, perhaps there could not have been a better time for Google’s big push.

With the Pixel and Pixel XL Google has landed a high-performing handset that shows off the best of what Android is capable of, as was the aim with Nexus range it replaces. A powerful proposition for work or entertainment, Apple and Samsung finally have a serious new challenger in the smartphone race. 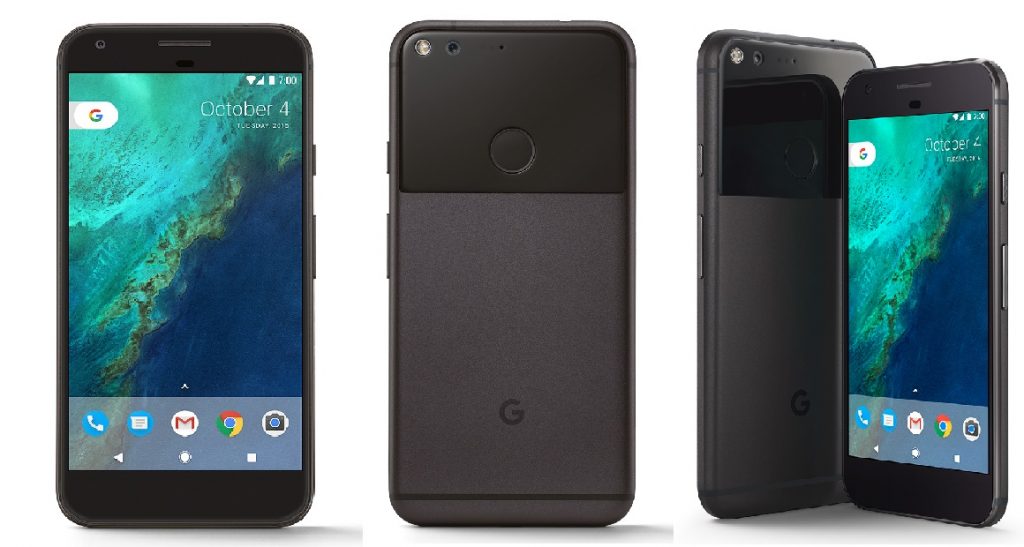 The Google Pixel XL is available from £719 SIM free with 32 GB storage or £819 with 128 GB of storage. Also available on contract.