The Inspect-a-Gadget team elves are a confirmed bunch of gamers.

Having started gaming life with TV Pong games back in the late 1970s and then graduating to the Atari 2600 in the 1980s, we’ve also been through the PC gaming revolution, plus a splash of Nintendo action too.

Then came our Xbox years: and we have moved from console-to-console (missing the first generation) starting with the Xbox 360, the Xbox One and finally coming full circle round to 2020 and the arrival of the Xbox Series X and Xbox Series S consoles.

This review focuses on game experience as played on an Xbox Series S, the version of the machine Microsoft has created for download-only (Microsoft likes to say ‘all-digital’) players. Gamers choosing this device will need to use an Xbox Game Pass subscription, pay for specific games or select from the free titles that are available.

At launch this month we know that some 30 games have been optimised for the Xbox Series X and Xbox Series S launch day. A good level of backwards compatibility is also there (Microsoft sorted itself our in this regard a long time back and compatibility issue are now rare, plus many ‘Retro Replay’ titles are also often offered), although you will need the Series X unit if you want to use your old disks.

The overall impression then – the unit does not disappoint and it delights on numerous levels.

The smaller size of the new Xbox Series S unit is something of a surprise, but the aesthetics pretty much carry over from the Xbox One and the two units look quite similar.

The game startup times are drastically improved, with some offering super quick-start options (The Touryst) and others working to get going significantly quicker (Assassin’s Creed Valhalla). Microsoft says this is enabled through its Xbox Velocity Architecture and calls it Quick Resume.

The ‘Home’ user interface is mostly the same as experienced on an Xbox One, so there’s no major re-learning process needed. The Xbox controller now has a third central button (between menu and start, but lower down) to allow users to take immediate screen captures. It’s quite easy to hit this accidentally at first and take a bunch of screengrabs that you didn’t particularly want, but these are simple to delete from the GUI.

While we were waiting for the new optimised Assassin’s Creed game to become available, we ended up straying away from our preferred Third Person Perspective (TPP – as in Assassin’s Creed, Tomb Raider, Fable, Star Wars Jedi Fallen Order and so on) and dipping into Gears Tactics (also optimised for the new devices) and indulging in some Top Down Perspective (TDP) gaming. There’s an immersive quality feel here that’s good enough to get gamers to play outside their comfort zone preferred format and switch from TPP to TDP.

Platformers are also appealing here and the screen textures in Ori & The Will Of The Wisps are like a playable high-quality painting. It’s almost like Max The Curse Of Brotherhood taken to the next level.

Game downloads with the Series S machine were fault free and as speedy as our web connection would allow (around 10 Mbps) – Assassin’s Creed Valhalla (47.1 Gb) took considerably over an hour, but hey, we were playing Gears Tactics so it didn’t matter.

For software developers, both units share the same environment, so it’s everyone around the same table for pizza (when social distancing allows) in the coder team cafeteria.

According to Microsoft, “Xbox Series S also supports all the same next-gen features [as the Series X] including HDMI 2.1, frame rates up to 120fps, DirectX Raytracing and Variable Rate Shading. It will also support Spatial Sound, including Dolby Atmos and Dolby Vision via streaming media apps like Disney+, Vudu and Netflix at launch. Plus: Dolby Vision support for gaming will come first to our next-gen Xbox consoles in 2021.”

Like Xbox Series X, the Xbox Series S (which ships with half a TB) supports the Seagate Storage Expansion Card so that users can add 1TB of additional storage. Other download sizes are: Forza Horizon 4 (71.4 Gb), Gears 5 Operation 4 (55.1 Gb).

Although Microsoft has launched its console during the same week as Sony updating its PS machine to the PS5, this review has obviously focused solely on the Microsoft machines. This obviously means that some people will be wondering who will win the console war, right?

Let us only say one thing. The major differentiator will obviously be which console ships with which exclusive launches, so given that both manufacturers devices are both extremely high-spec pieces of kit, more of the contest probably comes down to personal preferences and the wider brand perceptions’ of individuals.

The official line from Microsoft on this is that the firm found that many gamers prioritise framerate over resolution, so it wanted to build a console that didn’t require a 4K TV.

According to the console development team, “Xbox Series S delivers approximately 3x the GPU performance of Xbox One and was designed to play games at 1440p at 60 frames per second, with support for up to 120fps. With the increased efficiency we get from the next generation AMD RDNA 2 graphics architecture combined with the virtual memory multipliers enabled through the Xbox Velocity Architecture, Xbox Series S will deliver performance and experiences well beyond the raw specs.”

From our perspective on the 5-year old Panasonic 50-inch screen used, the game downloads are a one-time no-error experience and the gameplay experience is 100% full-on and indistinguishable from any games requiring a DVD insertion.

Disclosure: Microsoft provided a Xbox Series S for review, the opinions here are the author’s own. 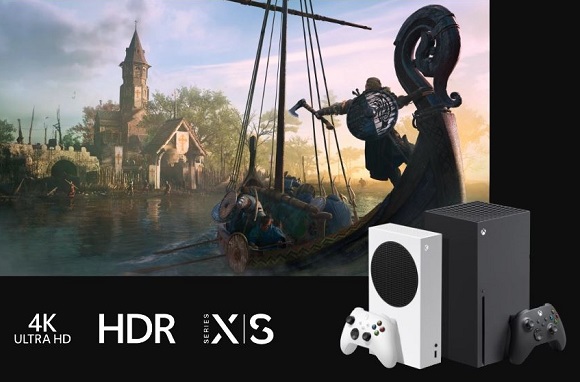 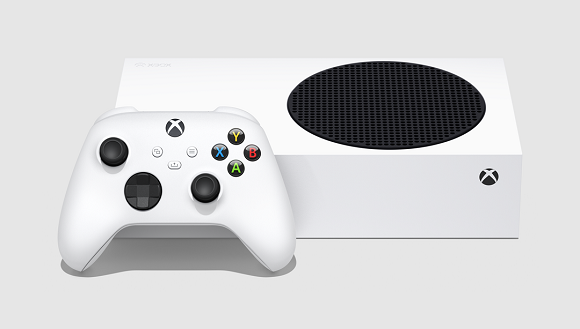