The jury is out on routers.

Only one thing is for sure as noted here, the woodworking tool (image here) is a router (sounds like rowter).

There is one other certainty in the world of routers (the IT devices), we (the users) take them for granted, never think about whether we need to update the ones we use every day and whether we should be upgrading.

But with the longer-term impact of Covid-19 (Coronavirus) lockdown now becoming clearer for users in every world nation, we are perhaps starting to look at the performance of our home tech hubs

As such then, the Inspect-a-Gadget elves decided that now was the time to check out the HONOR Router 3.

Note: HONOR (or more accurately Honor, it’s not an acronym) is a sub-brand of Huawei targeting young people (Gen-Z is all about respect, equality, wokeness and honour after all). Kind of like Germanwings was a dual-brand strategy play by Lufthansa.

The Honor Router 3 (yes, it’s a third-generation product for the company) now offers ‘faster and smoother’ Wi-Fi network experiences and is capable of downloading HD movies in a quite surprisingly speedy 10-seconds.

“Thanks to the all-new OFDMA technology, paired with [a] Gigahome dual-core 1.2GHz processor, HONOR Router 3 is able to bundle signals together and transmit them simultaneously to multiple devices,” noted the company, in a press statement.

In terms of the 2.4GHz vs. 5GHz trade-off, let’s look at the details. Why? Because some even just slightly older devices (the Ring Video Doorbell 1 for example) don’t work on 5GHz bands and many people will still have these.

This router can support up to four devices on 2.4GHz band and up to 16 devices on 5GHz band2, which means you can stream 4K films on multiple devices at the same time at fast speed – and, to be honest, 16 devices is a lot by anybody’s standards as we stand in 2020.

According to Honor, “Users can enjoy a ultra-fast speeds and stable connections thanks to the Gigahome Wi-Fi6 Chipset, a dual-core 1.2 GHz CPU and a number of Wi-Fi 6 benefits. Wi-Fi 6 allows three times faster network speeds, four times more capacity and 30% less power consumption. The latter is due to the Target Wake Time feature (a battery-saving sleep mode).”

We also found that we could pair up to five Honor Router 3 devices together to activate a Mesh Network, allowing for the Wi-Fi signal to be extended to a broader area, minimising dead zones.

Also here we found options for parental controls, guest Wi-Fi (when someone visits you and you want to grant them temporary access to your web juice), deeper Wi-Fi management technology including the options to remove a one-click option to remove unauthorised devices and some nice shiny blinky indicator lights too.

Honor has made an honourable router and the unit is currently shipping for £ 79.99. 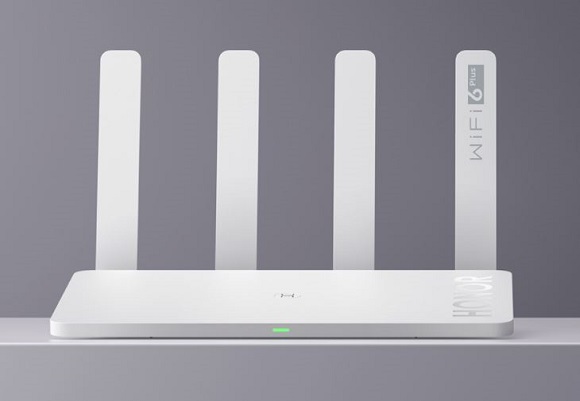