This is a guest post for the Computer Weekly circular economy series written by Rob Tribe in his capacity as VP of systems engineering at Nutanix – known as a hyper-converged cloud computing infrastructure pioneer, today the company markets its technology as a building block for clouds in many forms, industries, use cases and platform environments.

As we know, the world is changing, Tribe reminds us that everywhere you look it’s clear to see huge change on a political, financial, socio-economic and of course environmental level.

A warming global climate is driving change that plays out in rising sea levels, melting glaciers, tsunamis, earthquakes and so much more.

With too much CO2 in the atmosphere, many of the factors impacting this largely invisible trail of emissions are also comparatively invisible; and, surprisingly perhaps in some instances, the ubiquitous proliferation of digital technology is part of this story. So how should we think about the carbon footprint of digital itself?

Digital transformation is already a material contributor to CO2 emissions. While many might think that (for example) the aviation industry would be a big culprit in this space, the IT industry’s global drive to promote digital transformation is having a bigger impact than we might think. For example, recent studies show that the digital sector emits 50% more greenhouse gasses than the entire aviation industry.

While many of us might think that cow methane, Nitrous Oxides from fertiliser and coal production as the ‘big stinkers’ in this space, the dominant contributing factors to CO2 emissions are all related to human industrial activity and the use of fossil fuels.

In specific terms, digital technology is responsible for around 6% of our planet’s CO2 emissions from industrial processes – and this is a figure that includes areas like datacentres, Internet traffic and the use of smartphones, televisions and other digital devices.

What we need to think about and bring to the front of our minds is the fact that every Zoom call, every Xbox download, every Netflix access and every use of a smart home control device makes a contribution to the IT sector’s emissions total. Of course, that process actually starts with (and very much includes) the energy consumption and industrial emissions associated with initial production and manufacture of all our devices and systems as well.

As the richness of the smartphone’s features continues to increase, there’s a wider cost to pay. Not just in terms of how much the smartphone manufacturers will ask for their latest handsets at the retail cash till (and we know that four figures is not uncommon), but the costs associated with greater energy consumption during these devices production. This growth trajectory creates what we call ‘inflationary consumption habits’ in wealthy countries: buying ever more digital devices more frequently – which further amplifies the issue.

Devices are of course the front end of this discussion; we must also recognise what’s happening in the datacentre, which accounts for about 20% of Scope 2 indirect emissions for most organisations.

Let’s not forget, energy requirements for datacentres and digital infrastructures are continuously increasing. Since 2010, the number of Internet users has doubled and Internet traffic has increased by a factor of 15 and storage has increased 5-fold.

The source of sustainability

So, moving (as we must) to our need to balance the environment and the economy and explain what we mean by sustainability, this is the understanding that resources are finite and should be used conservatively and wisely with a view to leaving a better world. 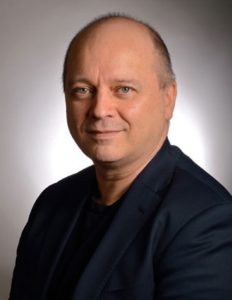 Nutanix’s Tribe: Devices are the front; we must recognise what’s happening in the datacentre, it accounts for about 20% of Scope 2 indirect emissions.

Initial early notions of ‘Green IT’ and the ‘Energy Star’ rating systems of the 1990s have now been widely advanced with the move to NetZero. Today we know that NetZero means achieving a balance between the carbon emitted into the atmosphere and the carbon removed from it.

But even NetZero has challenges. A laser-focus on decarbonisation focuses on just one single element of the whole sustainability equation, ignoring other environmental concerns such as packaging, product, water and waste. It also gives rise to a whole range of computer-generated climate-economic models that don’t always bear out in real world practice.

What can we do?

We can certainly look to transform datacentres to meet climate neutrality goals. We can use automation, innovative cooling systems and renewable energies and now transform the traditional 3-tier datacentre architectures of old to next generation datacentres architectures… and this means using technologies including hyperconverged infrastructures (HCI), which will be key in reducing the energy consumption and carbon footprint of datacentres.

HCI has the potential to leverage technological progress in different areas and reduce carbon consumption in key areas. The overall reduction in hardware components – because it converges separate boxes of servers, storage and compute – is key, as it’s the elimination of an entire SAN network. This will have an immediate, positive impact in lowering carbon emissions. Further, it significantly reduces overprovisioning by offering bite-sized consumption. HCI also enables higher automation and increased utilisation, with fewer employees needed to run and maintain the infrastructure.

Combining all the above with an overall reduction in hardware components, the carbon footprint of HCI can be significantly reduced compared to 3-Tier infrastructures.

The challenge in front of us is daunting – we all need to work together to make it possible.

“Never underestimate the power of a small group of committed people to change the world. In fact, it is the only thing that ever has.”