The online retail giant, Amazon, has said it is experimenting with drones which could start delivering goods via air within five years’ time.

According to the Beeb, the drones are called Octocopters, which have the ability to deliver packages up to 2.3kg in weight within 30 minutes of placing an order.

Perhaps after almost half a millennia of delivering presents by flying reindeers, Old Saint Nick might to get his elves working on a few of these drones to deliver gifts to children on Christmas Eve, while he sits back with his feet up in front of the fire watching the Eastenders Xmas Special. 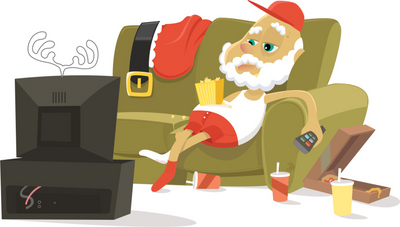