This piece is written by Jacek Pietsch in his role as no-code practice expert at Netguru – a custom software development company based in Poznań, Poland.

The low-code no-code approach to software development is on the rise and many engineers fear that it could beat traditional coding in time. According to Gartner’s research, low-code already powers as much as 50% of new software projects and is predicted to grow even more significantly in the following years, reaching 65% of application development activity by 2024.

What stands behind its’ growing popularity, will it outrun complex coding languages and if so — what could it mean for the software engineers? Let’s take a closer look at the situation.

No-code is a rapidly trending software development approach, where building an application or any software-based product requires little or even no coding at all. Instead of traditional coding languages, the process involves highly intuitive visual interfaces with basic to advanced logic and drag-and-drop elements.

Such an approach allows delivering applications faster and with minimal coding resources or skills.

The reason behind its popularity is partly down to the fact that traditional coding languages are rather complex. In order to create an application or any kind of software, you need to employ a highly skilled programmer or even a team of them.

What (almost) each and every business strives for is expense reduction. Even more so if lowering the costs comes with an increase in productivity and faster software delivery.

Thanks to no-code tools, companies can save a lot of time and money that would otherwise have to be invested in hiring highly skilled staff. Of course, this only applies to basic apps. When it comes to high quality advanced low-code applications, specialists are still needed — only for a shorter time, which can actually be a huge advantage in the world, where finding the right programming expert can be pretty hard and expensive.

This can be especially beneficial to enterprises that want to digitalize, transform, or adjust their processes much faster than usual.

Gartner predicts that by 2024, as many as three in four companies will be using at least four low-code no-code development tools. This sounds a lot like it could potentially beat traditional coding, if not end it for good. There’s a big “but” here, though.

First of all, somebody has to create the code — after all, these user-friendly visual interfaces don’t just happen out of the blue — they need to be programmed just like any other software component. Therefore, programmers and software engineers will still be required to develop and maintain those low-code platforms.

Another essential factor to weigh in is the fact that it’s the no-code platform’s vendor who’s in charge of the architecture and third-party companies simply cannot gain complete control over it — as they would in the traditional approach.

Yet, just because no-code cannot give businesses everything they need doesn’t mean it won’t affect the creators of traditional code. It might not wipe out the need for complex coding entirely, but it certainly will make it less popular — with many companies choosing a simpler, faster and more cost-effective approach.

The world of software development cannot deny the usefulness and effectiveness of no-code and low-code tools. While programmers and software engineers still raise some concerns toward the platforms (such as vendor lock-in, potential problems with scalability or functional limitations), most of them have already been addressed or are planned to be — according to vendors’ roadmaps.

Recently, one of the low-code tool market leaders released support for the Git repository, which is a big step in bringing low-code flexibility and control known from traditional coding.

Thanks to massive investments in these platforms and the growing number of engineers involved, vendors frequently release new versions of their tools. These are usually packed with breakthrough features such as support for augmented reality.

What does it mean for programmers and software engineers?

The growing popularity of low-code no-code solutions might lead to a decline in demand for repetitive coding, therefore forcing a slow down in the salary rise among many traditional software engineers.

Low-code tools will likely take over the business applications market, where apps are all about forms, processes and integrations. While Gartner predicts that low-code will reach 65% of application development activity by 2024, the number for internal and b2b applications might be much higher, meaning fewer programmers will be needed in these areas especially.

All of this will put a strain on software engineers, making them face brand new challenges.

Their responsibilities and expectation towards them will change. Most of them will have to go back to solving highly complex optimization and innovation problems on a lower level.

We cannot deny the low-code approach is disrupting the software development market as we know it. Nevertheless, the need for complex coding won’t disappear completely — at least not for the few following years.

With that in mind, programmers will have to adapt to the new reality, where coding isn’t reserved only for the highly skilled staff and where companies need them to help with developing even the most basic content-driven applications. This will eventually mean that the speed at which new job positions are opening and salaries are rising, will decrease.

Yet, we must also remember that every change comes with new possibilities — so why should this one be any different? 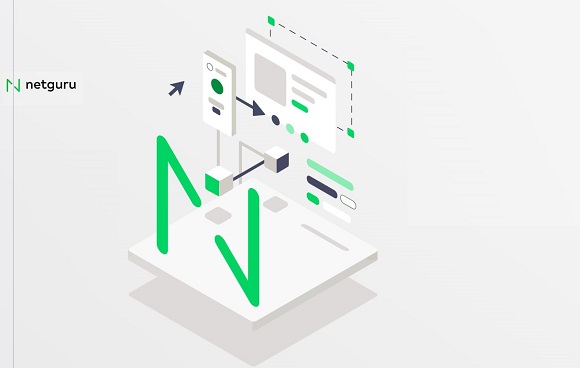