As we have already noted here on Computer Weekly,  Dynatrace hinges its core technology proposition around AI-fuelled automation designed to provide illustrative answers that developers can use to assess the state, wealth and health of the applications they choose to create.

So this is APM for developers, yes… but it is also APM with a view to the effect that apps (and their functional demands from data storage/retrieval to the number of calls they make to analytics engines or other cloud services and so on) are having on underlying infrastructure and, ultimately, on the experience of users.

Kicking off the day one keynote session again this year was Dave Anderson, SVP marketing at Dynatrace. Anderson was bold enough to dance on stage to a Vanilla Ice re-write entitled “Full Stack Baby” (instead of Ice Ice Baby, obviously), which served as an initial intro.

Talking about the reality of multi-cloud and the huge number of multifarious software application dependencies that will exist in these new computing landscapes, Van Siclen said that we need to stop clinging to our old approaches to application management.

Explaining that Dynatrace has moved beyond its initial APM focus, Van Siclen explained that the company now spans digital business analysis on a wider plane.

The Dynatrace CEO suggested that self-driving cars, facial recognition, drones and nano-technology-based healthcare are key drivers for the next wave of technology… all of which, of course, will be built on software.

But all of this will happen (he suggests) in deployment environments where there is a massively reduced (zero in many cases) tolerance for application performance issues. Okay… it’s no surprise for an APM CEO to tell us that application plumbing is becoming more important, but the total argument does (arguably) hold water.

“There’s a lot of new modern tooling for the cloud environment, so if we let every man and woman [coder] to use their favourite tool… we need to ask ourselves whether we are truly modernising. Yeah these are modern tools, but all too often they will be disparate tools used in a kind of ‘reactive war room’ environment that fails to allow companies to adopt a transformational approach where advanced automated and autonomous controls can come to the fore,” said Van Siclen.

The customer Spotlight session was delivered by Greg Sullivan in his capacity as chief information officer at Carnival Corporation, an ocean cruise specialist.

Sullivan spoke about how his company is looking to apply ‘frictionless commerce’ and other fluid software-driven functionality to his customers on-board ship experiences. But all of that has to be done in an environment where (at sea) his form can not always expect seamless connectivity… and, also deal with installing sensors in tough environments capable of combatting the effects of sea and sea salt and sea weather.

“If the dolphins start jumping off of the left-hand side of the ship, we want you to be able to order champagne from your device without having to inconvenience yourself by going to the bar,” said Sullivan.

His comments were obviously aligned to explain how much application management technology is needed on a modern cruise operation… and, guess what, Dynatrace specialises in that kind of thing. Contrived plaudits notwithstanding, it is fascinating to consider how many thousands of IoT devices are on a modern cruise liner… and how much software they require.

… and so to platform

So onto the core platform then and the session was titled The Untouchables – The Dynatrace Software Intelligence Platform –  by Steve Tack, SVP of product management at Dynatrace.

Tack is enthused by the drive advance forward to web-scale i.e. applications, data sources and services that grow to become Internet-size massive (which in his company’s terms is 50,000 hosts on a single cluster, which Dynatrace can support.. and support with analytics across clusters).

Working at this level requires an AI engine to be able to anticipate what is expected in terms of application throughput for performance management… and in this case that is obviously the Dynatrace Davis ‘explainable AI’ engine.

Extended parts of this keynote moved into product features and Dynatrace’s extended ‘full stack’ support for Kubernetes, which you can read as a separate report here. 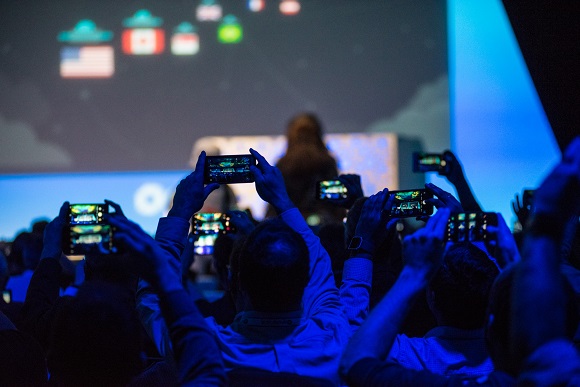