No coach potatoes in residence this month at Couchbase, or so it appears.

What do data-developers want out of cloud right now? They want distributed cloud architectures, obviously… and they want that distribution to extend all the way out to the [IoT] edge, where web connectivity is not always a given.

The company says that with version 2.8, Couchbase offers advancements in mobile and edge computing via the latest peer-to-peer sync and inter-Sync Gateway technologies.

Although offline-first, these apps still need to stay up and running to ensure service continuity, customer satisfaction and in some cases even personal safety.

These applications can only guarantee uptime through direct collaboration between the edge devices.

Couchbase Lite 2.8’s peer-to-peer sync solution offers secure storage and bidirectional synchronization of data between the edge devices without the need for a centralised cloud-based control point, keeping data flowing and applications running 100% of the time.

“Maintaining current data on occasionally connected devices has been a key aim of database software firms for a long time, but the current trends, involving the processing of high volume and fast-changing edge data, adds a new dimension of challenge to this old problem. It is critical that enterprises act on such data where it will do the most good. With these new capabilities designed to enable users to do just that,” said Carl Olofson, research vice president, IDC.

“Enterprises of all types are continuing to explore what edge computing has to offer, and we’re starting to approach the point where it reaches its full potential. By making applications less and less reliant on synchronisation with a central server, we’re giving enterprises the tools they need to take full advantage of edge. Regardless of their environment,” said Ravi Mayuram, senior vice president of engineering and CTO, Couchbase

The challenges of offline-first Internet latency can (says Couchbase) be overcome by shifting to a distributed cloud-to-edge architecture where only relevant data is stored in the cloud. However, for real time applications requiring 100% business availability and governed by stringent data privacy rules, data processing is done at the edge, closer to the source of data. 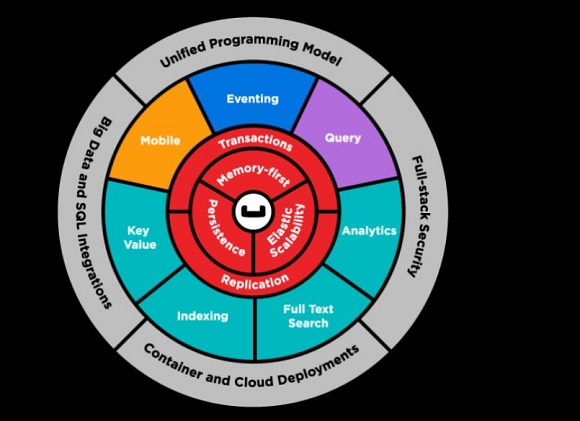