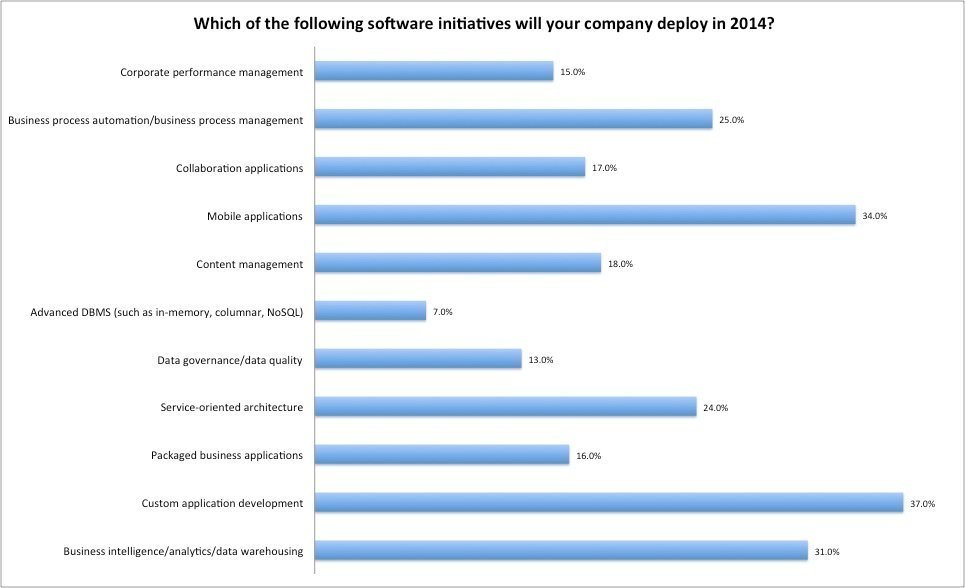 Custom application development is also still showing strong interest, according to the TechTarget/Computer Weekly IT Spending Priorities survey for 2014, while spending on software overall saw the biggest increase in expenditure – 52% in Europe as a whole, and 55% in the UK

IT seems intent on increasing investment in packaged business applications. This is especially the case in the UK, at 24%, as opposed to Europe as a whole at 16%.

Breaking those applications out reveals a significant increase in the implementation or upgrading of ERP systems – 59% in Europe in 2014, in contrast to 43% in 2013