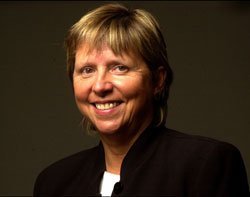 Wendy Hall is founding director, along with Sir Tim Berners-Lee, Professor Nigel Shadbolt, and Daniel J. Weitzner, of the Web Science Research Initiative, which was launched in 2006 as long-term research collaboration between the University of Southampton and MIT. She is a Fellow of the BCS, the Royal Academy of Engineering, the Institute of Engineering and Technology, and the Royal Society. She became a Dame Commander of the British Empire in the 2009 UK New Year's Honours list. She was also awarded a CBE in June 2000.