Why do we persist in running vertically integrated organisations when standardising many of these processes would free us up to do things so much better, and more cheaply? Mark Thompson with Jerry Fishenden, based on work being undertaken with Cambridge University’s Open Platforms and Innovation Group, continue to address this question in this second instalment of their series of articles for the private and public sectors alike. Read the first instalment here.

Their central message is that the public sector has the opportunity, through the power of "open", to not only take the lead in creating organisations for the future but also to play an instrumental role in improving UK plc’s position in a competitive global economy.

Previously in The Great Deverticalisation…

The shopkeepers in the Street began to realise that they couldn’t afford to keep their home-made and bespoke agglomerations of appliances, with their attendant communities of engineers, advisors, and repairmen. Maintaining their inventions had become so burdensome and expensive that they had no time left over to serve their customers.

… and so our story continues

The shopkeepers in the Street decided it was time to stop talking to their usual advisors – and not before time too, since their advisors always seemed to charge them a great deal of money, disappear for long expensive lunches and never provide any new or useful advice. Instead, the shopkeepers started to look outside the Street to see how folks were doing things out there in Market City. This made their advisors very nervous.

In Market City, everybody was busy talking to their customers, listening to them and responding to their needs, providing a wide range of services. Even stranger, there were very few people worrying about how to manage the sets of appliances that carried out all the essential tasks that allowed their businesses to function - and the appliances themselves didn’t need all those engineers, advisors, and repairmen. The shopkeepers could spend almost all their time on their customers. How did the Market City shopkeepers do it?

It turned out that along the way, Market City had tried out the idea of building just one, standard and cheap, version of each appliance, so that all of the shops could share them. But this had created big problems, whether it was City Hall that built a new appliance on behalf of everyone, or a company that did it.

The Big Idea worked because open standards created a common platform that allowed shopkeepers to have their cake and eat it: cheap, locally-tailored appliances, each easy to assemble and run, with a crowd of suppliers vying with one another

The Market City shopkeepers complained that although the result was sometimes cheaper, the reality was that one size didn’t fit all. The standard appliances became an unusable compromise – because they had been built to work for everyone they never worked properly for anyone. Worse, each appliance was a big “black box”, understood only by the company that had built it, and it wouldn’t work properly with other appliances. And because each shared appliance was built by just one supplier with one set of ideas and limited resources, the appliance tended to go out of date quite quickly and became very expensive to maintain.

Although it had seemed like a good idea at the time, the Market City shopkeepers found themselves unable to use these standard shared appliances to serve the local needs of their customers – so in the end they weren’t good value at all and simply didn’t work.

What the shopkeepers really wanted were appliances they could use and adapt locally to meet their customers’ needs – but that were also cheap. And it was about this time that a group of shopkeepers in Market City had hit upon a Big Idea.

Several Market City shopkeepers got together, took their appliances apart, and laid them out into groups of standard components. They said: “From henceforth, we shall assemble our own local appliances, using components that conform to open standards so that we can choose and swap between components whenever we wish”.

But who would bother to make the small components, and how would it be worth their while? Well, although it was clever of the shopkeepers to standardise on components, the really clever bit came next. 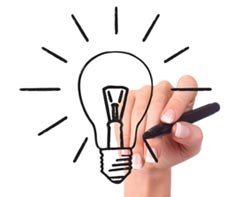 Although the components were small, because all of the shopkeepers had banded together to pool their demand, there was good money to be made in designing and making them. All sorts of small companies that had been far too small to build and maintain entire appliances now competed with one another to sell the shopkeepers ever newer, more innovative components for their appliances. And because the components all conformed to a common blueprint, they all worked together beautifully – and it was easy for the shopkeepers to assemble their own, local appliances, and choose which components and which component suppliers they wanted to use. It was like having a set of Lego bricks and being able to build a whole variety of different models to meet different needs from the same bricks.

The Big Idea worked because open standards created a common platform that allowed shopkeepers to have their cake and eat it: cheap, locally-tailored appliances, each easy to assemble and run, with a crowd of suppliers vying with one another to think of ever cleverer, more innovative ideas to make them even better. The platform wasn’t just the technology, though: remember, Market City had not succeeded in creating enough demand for a standard, one-size-fits-all appliance for it to take off. The reason the platform took off was because of the demand for components.

There was enormous demand from the Market City shopkeepers for the standard components they could easily assemble into the appliances they needed; lots of companies could make components; and they responded by piling enthusiastically into the market. In fact, the platform was as much about demand as open technical standards – and all this only worked because of components!

And the best news of all was that the Market City shopkeepers could spend more and more time listening to and adapting to their customers’ needs instead of tinkering around with bespoke and complex appliances and expensive vanloads of repairmen.

The shopkeepers went back to the Street from Market City feeling very excited. They had discovered a whole new world that their traditional, and rather well-paid, advisors and suppliers had never told them about. Suddenly they could see how they could both reduce the cost of the appliances they used and deliver a better service to their customers.

By being smart and working together, they could help encourage an entirely new marketplace, based on common, open platforms that would provide them with the flexible products and services they needed to keep their customers happy.

This new marketplace would expand enormously the one initiated by Market City, simultaneously benefitting both Market City shopkeepers and suppliers. Apart from seeing the benefits to the domestic economy some shopkeepers from the Street realised that they could even become a beacon to attract overseas shopkeepers from die Strasse and la Rue, keen to learn about the new way of doing things. But we are getting ahead of ourselves…

Next - Part 3: New skills and structures in the public sector – Preparing for the Great Deverticalisation