Why do we persist in running vertically integrated organisations when standardising many of these processes would free us up to do things so much better, and more cheaply? Mark Thompson with Jerry Fishenden, based on work being undertaken with Cambridge University’s Open Platforms and Innovation Group, address this question in a series of articles that combine vision and advice for the private and public sectors alike.

Their central message is that the public sector has the opportunity, through the power of "open", to not only take the lead in creating organisations for the future but also to play an instrumental role in improving UK plc’s position in a competitive global economy.

Part one: The Street

Once upon a time, in a parallel but somehow strangely familiar world, there was a street of very ordinary looking shops. The shopkeepers provided very important services for the local people and were dedicated and good at their jobs.

However, the street had a big problem.

To see the problem, you would need to step behind the counters into the back rooms of the shops, each of which housed an old electrical appliance humming, buzzing, and clanking away. The shopkeepers were totally reliant on their appliances, which among other things stored vital records and kept the tills working. But these bulky appliances didn’t look so much designed, as happened - no-one would actually have designed anything this way.

Taking a closer look, you’d have been even more astonished. Each of the appliances in each of the shops was entirely different, although they were doing the same things. But instead of getting together to pool their best inventions, a great many of the shopkeepers liked working this way. “We are all special,” they purred contentedly to themselves. 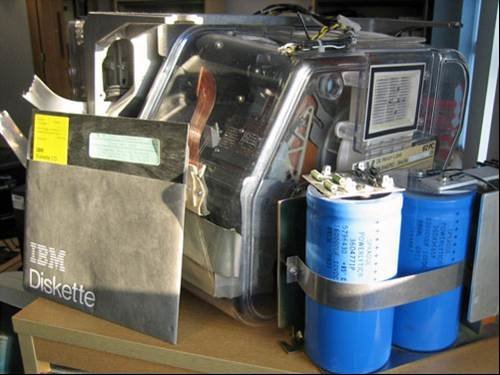 The big problem was that each of these individually evolved appliances was consuming enormous, and ever-growing, amounts of time and money.

More and more wires, custom-made parts, flanges, meters, sprockets, and other paraphernalia had been bolted on by different people over the years, making them difficult and expensive to maintain. So although their various contraptions looked a bit ropey, old-fashioned and, well, amateur, it seemed far less risky for the shopkeepers to leave them well alone.

In fact, leaving well alone was exactly what the people in the street had done. Outside each shop was a van – some painted red, some blue, others green. Several shops had the same colour vans parked outside.

Rather than try to keep their intimidatingly sprawling inventions running themselves, most shopkeepers in the street had started to ask the people with the vans to look after them. And yet here was a strange thing: the van-people didn’t talk to each other. The contraptions which did many similar things continued to diverge all the time – requiring yet more van-people.

So the van-people said “All your stuff is a frightful mess - it’s special, complicated and unstable. We can only bother learning how it all works if we maintain it for you for at least 10 years and a lot of money.”

This made the shopkeepers feel rather helpless. They didn’t enjoy being talked to like that by the van-people, but they felt that they weren’t in a position to argue.

After a time some of the shopkeepers started talking to each other: “Let’s see if we could share our inventions, so we could save some money”.

Unfortunately, though, they soon hit another problem. Their conversations tended to go something like this:

Shop A: “We’d like to talk to you about how we could share our inventions, so we can split the cost of maintaining them between us”.

Shop B: “Sure – this is costing us all a fortune. So you’re very welcome to come and share our inventions”. 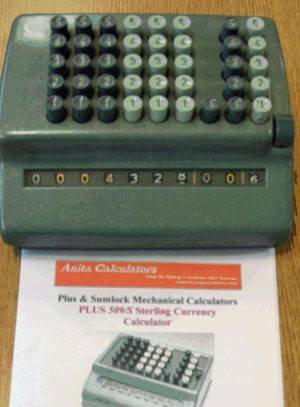 The difficulty was that everyone had grown very attached to doing everything in their own “special” way.

By now the shopkeepers in the street had taken their eye off the ball. They were spending so much time and money supporting all these van-people, systems, and workarounds that there wasn’t much time left to serve the customers who came into their shops.

Customers in the street began to ask why the services they received were so poor, so expensive.

But the shopkeepers insisted that talking about the problem would threaten the commercial interests of those very nice, if expensive, van-people.

And anyway, many people didn’t really want things to change very much, after all:

But some of the more forward-thinking shopkeepers were well aware that Something Must Be Done, because customers were becoming restless and the wider economic good times that had prevailed and supported this model were coming to an end.

“Our stuff is incredibly expensive to keep going, we have to bespoke everything”; “Outside of the street everything is faster, better, cheaper, and we’re getting left behind”; and sometimes: “We’re very confused about which things should be done by us and which by our suppliers”.

The biggest problem was getting everyone. The sheer scale of the changes needed was frightening - it meant taking charge, taking responsibility again

The answer was increasingly obvious - a set of standard components for making inventions, and standard ways of using them, so that shopkeepers could recombine them easily to do what they wanted.

Imagine at a stroke, eliminating all the “special” inventions, with their different suppliers, repairmen, engineers, and manufacturers; all that negotiating, hiring, measuring, managing, and (sometimes) suing of van-people.

Imagine the time saved. Not just a bit of time here and there, but huge tracts of time that could now be spent with customers.

Imagine the enormous cost savings from buying common components and from the cheap appliances made from these cheap components.

Imagine the possibilities for local businesses near the shopkeepers who weren’t large enough to maintain the specialised inventions, but who could make new, cheaper, better inventions from standardised components – each more innovative than the last.

And best of all, imagine how pleased the customers would be that their shopkeepers were finally able to provide them with the services they needed in a way that they could all afford.

But the biggest problem was getting everyone in the street to agree. The sheer scale of the changes needed was frightening - it meant taking charge, taking responsibility again.

And yet if done properly these changes would make the street the most modern, most efficient and most innovative in the whole world – with happier customers, and happier shopkeepers.

Doing this properly is what this series of articles is all about.