Personally, I am absolutely delighted for all those who, for years, have had their lives overshadowed by totally unjust convictions.

The momentous findings of the Criminal Cases Review Commission (CCRC) are yet further proof of the incompetence and failings of successive governments to manage and control a Post Office that has abused its position in the way it has treated subpostmasters, as was so clearly detailed in the judgments from the two trials. There can be little doubt now that these cases will be overturned by the Court of Appeal.

The decision reached by the CCRC is further proof that nothing less will suffice now, other than a judge-led inquiry into the failings of the Post Office and those faceless mandarins in the government responsible for allowing the Post Office to wield such abuse of power. Those who made or failed to make decisions must be held accountable and, where appropriate, be met by the full force of the law.

Despite our years of campaigning, it has become clear that the only way to expose the lies and cover-up by the Post Office has been through the courts, which is why, going forward, the judiciary must be involved. Any other type of inquiry would have no merit or value and would not be anything that the Justice for Subpostmasters Alliance (JFSA) would want to engage with.

As the sole owner of the Post Office, it is up to the government to now finally accept its responsibility for its failings to oversee the Post Office in the past as it had a statutory duty to do so. Failings which we, the claimant group, have so far had to foot a £46m bill to expose, and which we continue to call for government to repay – a call echoed by numerous MPs from both sides of the Houses of Parliament.

With the government continuing to refuse to repay the group for the cost of uncovering this scandal, it seems the government is now determined to punish subpostmasters for unmasking its failings even more than Post Office ever did. 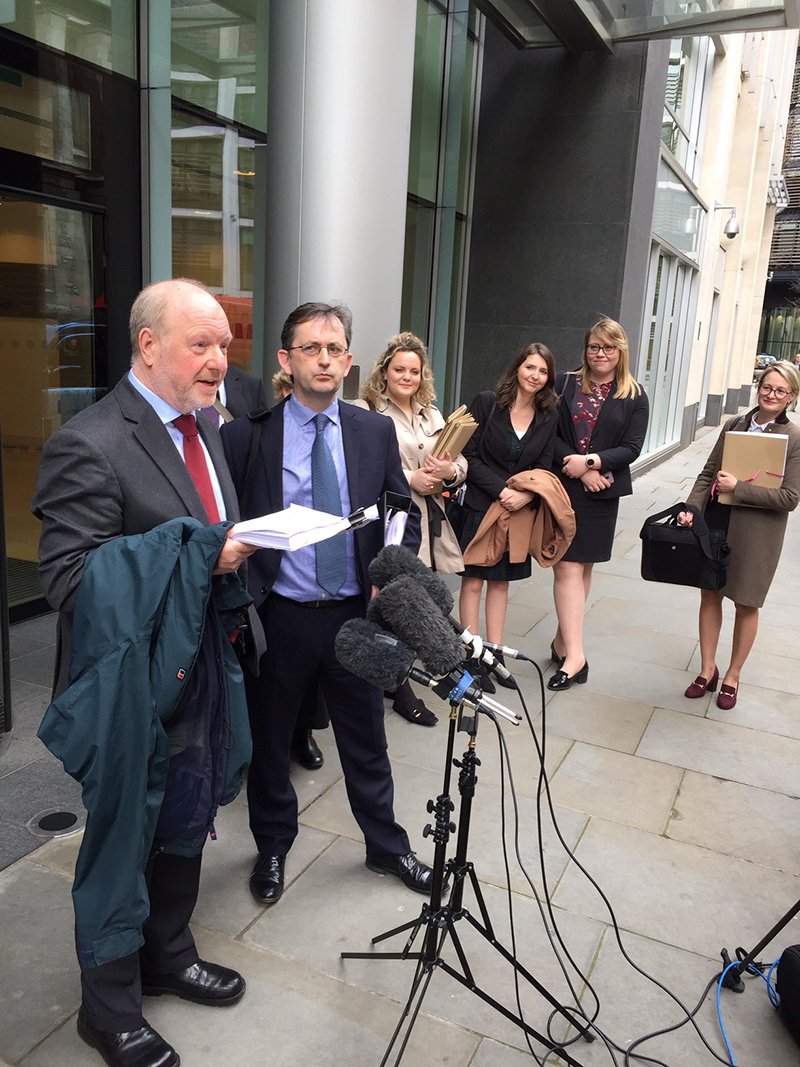 Alan Bates (pictured left, in red tie) is the former subpostmaster who spearheaded a recently concluded group litigation against the Post Office in relation to its error-prone IT system that caused unexplained losses in Post Office branches. The legal battle saw the government-owned Post Office spend millions of pounds defending its IT system against accusations that it had faults that could cause losses, which subpostmasters had been blamed for. The High Court ruled that the subpostmasters were right and the Post Office was wrong.

In this opinion article, Bates responds to the subsequent announcement last week that the Criminal Cases Review Commission referred to the Court of Appeal 39 cases of probable miscarriages of justice, where subpostmasters were prosecuted for crimes they did not commit after accounting shortfalls appeared in the accounts.