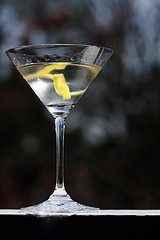 The shadow chancellor, Ed Balls, warned recently that a combination of high prices, spending cuts and the VAT rise created a “dangerous cocktail” that would have a serious impact on women and children.

The comments came in light of the changes that came into play when the new tax year began last week, as tax thresholds were increased, child benefit and working tax credits were frozen and the childcare element of the working tax credit is reduced from 80% to 70% of total costs.

The Telegraph also reported that the government cuts would force half of mothers to reduce the amount of work they do. The article covered a survey carried out by Netmums, which asked over 2000 working mums how they would be affected.

68% of respondents said that as a direct result of the cuts they would have to make changes to their childcare arrangements, with 22% claiming they would give up their jobs altogether. 29% said they would need to reduce their working hours and 27% would have to rely heavily on family and friends to assist with childcare.

The full effects of these cuts are yet to be seen but Ed Balls cited figures suggesting that just the childcare cuts would cost families with two or more children something in the realm of £1,560 a year while the freezing of the basic and 30-hour element of the working tax credit would mean that some families lose out on £391.

The cuts will clearly cause difficulties for some working mums, yet the government has claimed they are necessary in order to save the economy over £270m over the course of a year. So is this fair? While working mums will suffer, so too will employers in a range of sectors and ultimately the economy.

If these findings are true, the workforce will lose members and the government will lose income tax from those that have had to reduce their hours or simply give up work.

What do you think – will the cuts affect your career?