This is a guest blog from Olivia Rose Graham, software engineer at Next Jump.

One of the main reasons that I got into computer science is influence from my father – he has previously been a programmer and inspired me to take up the subject at college and then at University. 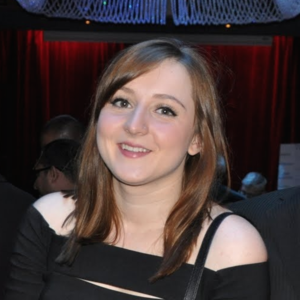 Unfortunately whilst I was at school, there was only the option to study ICT – a dull mix of ‘learning’ to use programs from the Microsoft Office suite. I started to notice a lack of other girls during my A-levels, being the only girl in my computing class and one of few in maths and physics.

The gender gap at degree level is pretty big; in the UK in 2011-2012 there were 3500 female computer science undergraduate degrees obtained (17.45%), and 16560 male computer science undergrads obtained (82.55%). I could usually count the number of girls in a lecture on one hand (out of 150 students). I was very aware of the gender gap but I was never particularly bothered; I never felt at a disadvantage or discriminated against.

I would say that I almost felt that I had an advantage – people would often point out the gender gap and the positives of being in the minority. I believe it made me push myself harder – I was more motivated to be successful and in a way prove that I could be as good as or better than my male counterparts.

Despite feeling this advantage in standing out and having been successful in my degree, I still suffer from a lack of confidence. This under-confidence was never so prominent at school; I was able to give presentations and speak publicly without much thought. It mainly affects me in areas around my subject (and intelligence) and it does not generally extend in the same way to my social life.

This under-confidence I recognise in myself is reflected in a large majority of women (rarely men) I have come across – friends, family, classmates and colleagues; It can be as subtle as the language you use. I was told off by a family friend recently when talking about a project I had been working on – I mentioned that I was “really lucky that the results were so good”.  The problem with this kind of language is that I’m instantly dismissing all the hard work and time I spent on that project when I should be proud!

I am now working as a software engineer and I am pleased to say I have never felt any kind of discrimination thus far in my career (all 9 months of it!). Additionally, I no longer suffer quite the same low confidence now; I still battle with it but I can stand up in front of an audience and say the things I want to say, and I rarely have issues with being too scared to ask the ‘wrong’ questions in meetings or speak my mind.

This is down to deliberate practice that has been supported by the company I work for – we focus heavily on growth (a privilege not everyone has straight out of education). We need to change the way things are for young girls (and boys too!), starting with schools & the national curriculum. No more Microsoft Office!

Despite the ubiquity of computing nowadays, young girls are not inspired to take up programming. It boggles my mind that it wasn’t an option for me at school, but hopefully that’s changing – we need talented computer scientists from both genders.