Did anyone attend the Campus Party at the O2 last week? I went on the Thursday for the Women in Tech day and I was disappointed to see that the event was a little low on numbers.

When I arrived I thought maybe it was because the Thursday theme of ‘women in tech’ hadn’t interested enough young people but one of the O2 stewards told the previous day had been just as dead. 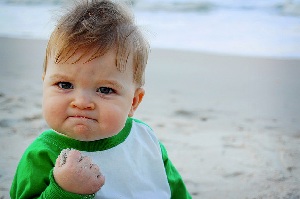 This was a worrying sight, as the week long Campus Party “unites the brightest young minds in technology and science under the idea that ‘the Internet is not a network of computers, it’s a network of people.'” I’m sure the first few days were bustling with people as there were some great keynotes taking place but by the Thursday there wasn’t a queue in sight and I waltzed right in.

I’m hoping that the day started to get busier into the evening as Lucie Sarif from Little Miss Geek was scheduled to talk and I know she always does a fab job at inspiring the audience.

The lack of people that morning was a massive shame because Julie Meyer, chairman and chief executive of Ariadne Capital was first to speak on the main stage. I’ve never since Meyer present before and she didn’t disappoint. She’s known for starting First Tuesday which help start ups like Lastminute.com get off the ground and she explained her concept of getting “David and Goliath to dance.”

Referring to start ups as the “Digital Davids” and to big corporates as the “Goliaths” she said: “It’s about giving cars a highway. You don’t get prosperity by a few big companies in Silicon Valley taking over the industry and David and Goliath fighting each other. The Goliaths get prosperity when they open themselves up to the Digital Davids.”

She highlighted the ideas of Carlota Perez who wrote the book Technological Revolutions and Financial Capital: The Dynamics of Bubbles and Golden Ages. Perez suggests that every 60-70 years “a new common sense emerges” and a new disruptive technology is born.  This can be seen from ideas such as the first railways right up to the Microchip. Meyer said the heart of this innovation and the production of disruptive technology “started in the UK and then moved to the US. We need to make sure that the next disruption is discovered in the UK.”

She encouraged entrepreneurs to think: “How can I make my idea of interest to my neutral allies so they pull me into the market.”

Meyer summed up what should be “the face of every entrepreneur” with the picture featured on this blog post.

Meyer is the founder of Entrepreneur Country which is a community  of entrepreneurs, investors, corporate partners and media. The company believes entrepreneurship and independent business growth are vital to the future of this country and Europe as a whole. If you are interested in finding out more about Entrepreneur Country they will be at the Royal Institute of Great Britain on Sept 30th.