This is a guest blog from Elizabeth Clark, CEO of Dreamagility.com, and a finalist in the FDM Everywoman in Technology Awards (Startup Category) 2014.

As an FDM Women in Technology Finalist in the Startup Category  and with over 15 years, on and off, in technology, I’m acutely aware that I have a moral obligation to encourage more women into the sector. My 17 year old daughter is a daily reminder of this.  Could toothpaste and a bar of soap hold the key to attracting more women? 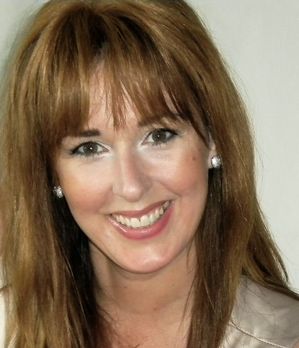 It suddenly dawned on me whilst chatting to one of the lovely crew organizing Mortimer Spinks’ women leaders in technology roundtable, that just about every woman she had mentioned had complained about their teams. Given a choice of working with Analysts or Developers, I’ll take the Analysts every time. Walking into a room full of Developers is an assault on your olfactory senses. They (speaking generally) have an aversion to washing, teeth brushing and hair cutting – the latter I can live with but the first two I find unbearable, but am conditioned to putting up with it.  And here’s where the differences between in the sexes kicks in.

People with the best sense of smell are young women of menstruating age. Your sense of smell declines with age and the people with the worst sense of smell are older males and smokers.  I once had to arbitrate on a bullying case by some women of a man they claimed smelled. The challenge here was the age and sex of the Director dealing with it – he was a more mature male, who smoked,  and refuted that the guy smelled at all. The ‘bullied’ guy smelled so bad he could stop a donkey at 50 paces. It was the young women’s issues that were not being taken seriously.

My daughter has met the worst of my Developers, she doesn’t even want to eat with them as some of their table manners leave a lot to be desired.  That said she’s in her first year of her A-level Computer Science. Far from being able to breed my way out of the skills shortage, her teacher  (who is also long haired,  etc.) seems to be hell bent on making the experience as un-inspired as possible. There are only 2 girls, they sit together, most of the boys have already done computer science GCSE, so the teacher rushed through great chunks of the stuff and she’s struggled to keep up.

The teacher is using an ancient version of Visual Basic which isn’t compatible with Windows 8 and he’s refusing to update his course. They don’t work in projects so she doesn’t know the other boys, the boys are reluctant to mix with the girls, etc. It’s ever decreasing circles…  My son is in his first year of a Computer Science Degree, there is only one girl on his course and nobody has anything to do with her, which as a mother and a woman, I find heart breaking for the poor girl.  However if she sticks it out at least she’ll be in great demand!

It doesn’t matter how much we encourage girls to join the sector, if the conditions – which as veterans we have come to accept – are unpalatable, they will quickly leave.  My youngest is only 14 months old, I’d like to see a big change in the numbers of women in the sector by the time he reaches industry.

In conclusion,  if we cleaned up the teachers’ acts and included personal hygiene as a key personal development area at uni AND in the workplace, it could be one small step for Developers, but could enable a giant leap for women kind!

Elizabeth Clark is the CEO of Dreamagility.com, and finalist in the FDM Everywoman in Technology Awards (Startup Category)  2014. She is also a mother of three, international speaker and best-selling author.