Today is Armistice day. On the eleventh hour of the eleventh day of the eleventh month we remember those who have fought in conflict and died or suffered terrible injury. It is traditional to remain silent at 11am to reflect on the sacrifice made by the military to ensure our way of life is preserved.

Many have encouraged that silence to also be reflected online, particularly asking for the constant chatter on Twitter to be stopped for two minutes. Some have asked for Twitter themselves to shut down the service for two minutes, though this seems to be an obvious non-starter. Not only does it not appreciate that it’s 11am at different times in different countries, but it’s not the case that every single nation shares this tradition.
But the argument on both sides for and against an online silence is getting louder.
@littlecough said the service should just be shut down: “definitely good, in fact we should request that the server is ‘silenced’ for a while, perhaps deliberate database maintenance?”
Several people suggested that we should just be silent at 11am.
@bits500 said: “surely most of us can put the iPhone down for a couple of mins. Think it’s a good idea”
@toastado73 said: “The silence is to enable contemplation. You’re not doing much of that if you’re tweeting about Lady Gaga.”
@davidworsfold said: “We should find time to take a few moments out of our busy routines to remember people who have lost their lives in conflict”
But some others questioned the nature of how this enforced silence by some users on others could actually work in practice – even if they supported the principle of it.
@timdifford said: “nice idea; impossible to impose, easy for people to get affronted. people very easily affronted on Twitter, it’s a hair-trigger”
@leylandrichard said: “the twitter silence seems to me to be well-meaning & misplaced. A banana skin for the unwary.”
@brynmorgan said: “good! But bad that some people are trying to force others to observe and tell them what to say afterwards.It’s still a “choice”
@abelardinelli even made the valid comment that typing is essentially silent: “but you wouldn’t have thought it acceptable to type or write a letter in the past?”
This is one of those dilemmas where the etiquette of regular life is in the process of being transferred to the social networks. There is no hard and fast answer, but I guess the easiest thing to do is to accept the transfer of the silence and to respect it. To deliberately ignore it would antagonise those who are respecting the silence, but also watching their news feed to see who doesn’t… 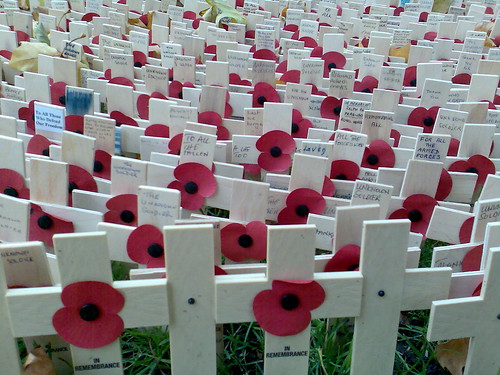