According to a new survey featuring over 1,000 responses, around 68 per cent of British workplaces encourage or allow the use of social media tools at work. However, the survey identifies a large number of people using social tools at work for an hour or more each day.

Naturally, the main comment from the survey is on the amount of time wasted, but I don’t think the entire picture is being painted here. It’s not just a simple case of should we or shouldn’t we be allowing access to social networks, and more general social media, in the workplace.
First, there is the replacement of other activities. If employees are spending an hour a day browsing Facebook, then it’s not easy to conclude if that is an hour of work time wasted, or just a diversion from other time-wasting they would have been up to anyway. Before Facebook came along there was plenty of material to read and share on the Internet… funny videos, newspapers, gossip magazines, even porn. There has always been a way to waste time online before we started getting all social.
Plus, there may in fact be many positive returns from socialising online, if it is as a representative of the company. Some people spend hours each day online in social networks because it creates visibility and value for their firms – not just to dodge doing anything more difficult.
But the real point is that some people will always try taking it easy in the office. There is always a contingent who arrives late, heads to the kitchen to make coffee for the first half an hour of the day, slopes off for a cigarette break before lunch, and finds it hard to return from the pub once they are at lunch… now that social networking tools are so useful for business it is hard to just apply the blanket bans that used to be common, but that means it is also hard to avoid people wasting time too.
Perhaps the real issue is that most people in office-based jobs are still judged by the time they sit at their desk, rather than the value they create for the company? Imagine if you had to consider what you did each day in terms of what it created for the firm? City traders do that each and every day they are at work – which is why they can be buying Ferraris one day and out on the street the next.
But without going to the extreme of a trader, measured by daily profit for a bank, is the real answer to this ‘wasting time at work’ debate to explore value-based work contracts rather than traditional nine-to-five permanent contracts? 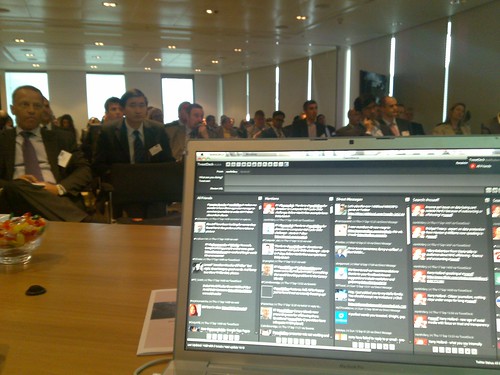