Latest Blog Posts
Related Content
BlogRoll
Latest News
Download Computer Weekly
I was out last night for a nice dinner in Soho. Dell arranged a meeting to discuss social media trends with a small group of journalists and they also brought along the people responsible for social media activities at Vauxhall and HSBC – with @jangles trying to organise us all.
I’m still waiting to get hold of the MP3 recording of the conversation, so please excuse my wine-fuelled memory. I’ll get some more insights once I hear the recording, but here are a few immediate thoughts.
Manish and Richard from Dell were very focused on how social activity changes the internal structure of a company. They already use Yammer widely within Dell, but they are about to roll out a new platform that will encourage further information sharing. It sounded like an exciting environment, though unnerving for those still expecting corporate hierarchy to dictate who can talk to whom. Michael Dell himself often uses the internal systems to speak to people at the coal-face of the business, rather than relying on his direct reports to filter information.
Vauxhall Opel have found social media valuable, especially when combined with traditional media – for instance if Jeremy Clarkson is critical of a new vehicle, they dive straight into the online conversation and ensure that objective facts are out there. Obviously Clarkson is not always objective, but so long as the online chatters have the real information easily to hand, people can make up their own minds.
HSBC has done various experiments reaching out to customers using social channels, but one of the most successful has been around the creation of communities, such as the 100 thoughts community – a place where anyone can engage with leading business thinkers.
One of the clearest dangers to continued adoption of these tools, particularly in the B2B space, was agreed to be security. The recent Twitter security alert and continued attacks on Facebook by viruses posing as social games demonstrate that companies can’t be complacent when considering how to integrate social media into their thinking. 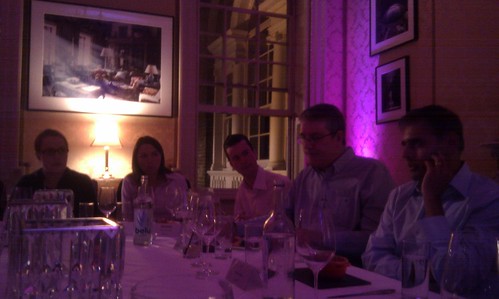