I was chatting to some executives at a technology services firm today. We were kicking around ideas around how to use tools like Twitter for promoting their services – the sort of issue I have been writing about recently because B2B firms are not just looking for blanket branding like Coca Cola might want to achieve.

I explained that one of the really interesting aspects about talking to people on Twitter is that you can choose to follow a list of industry commentators and then directly interact with them if you have something worth saying. I used the example of @charlesarthur, who often asks questions on Twitter related to the work he is doing that day. Charles is not alone in doing that – I do it myself and I see a lot of writers throwing out questions to their Twitter followers on a daily basis, but I was trying to think of examples and Charles came to mind.
The IT firm boss said to me that if he sent a message to Charles offering an opinion on some event or a question Charles had thrown out to the community, then everyone else would be able to see, and so all his competitors would be able to see what he is saying to the media.
It’s a valid point and maybe I’m too used to communicating openly on Twitter to remember that transparent communication still feels strange to many – especially executives.
I suppose the obvious answer is that if someone from a tech firm tweets a message to a tech journalist then they should be offering an answer to a question or some relevant and interesting information. If the message is ‘click here for our latest press release’ then it will obviously be binned and the company in question will enter a personal blacklist. Journalists have elephantine memories.
If you are tweeting relevant, timely, interesting information then why worry about who sees it? In fact, why not build up an audience… including some of your competitors… and if you have interesting opinions then don’t worry about talking to journalists. They appreciate people who know their business. 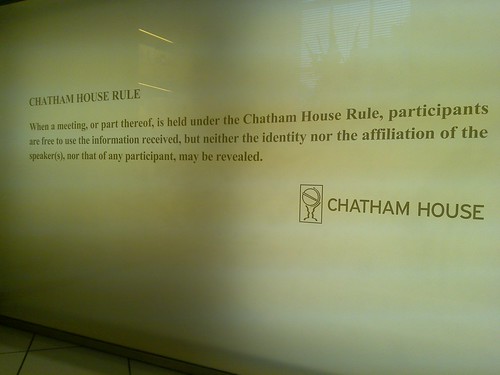