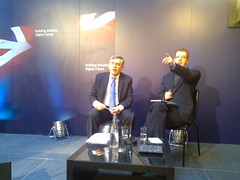 And one of the pledges that caught my attention was the pledge to ensure 100% availability of super-fast broadband. My memory of the pledges on broadband penetration may be wrong, but I thought we had only had a 90% pledge up to now.

Suddenly the PM was promising super-fast broadband for all.

Specifically the PM outlined his three-step vision for becoming a digital leader: “First to digitalise – to make Britain the leading superfast broadband digital power creating 100 per cent access to every home;

Second to personalise – seizing the opportunities for voice and choice in our public services by opening up data and using the power of digital technology to transform the way citizens interact with government;

Third to economise – in the Pre-Budget Report we set out our determination to find £11 billion of savings by driving up operational efficiency, much of it enabled by the increased transparency and reduced costs made available by new technology.”

That’s all good stuff you might argue, but the reason I was so interested in the ‘new’ 100% broadband pledge was because of the number of people I know that work outside of London and have to tolerate ridiculously poor ‘broadband’ connections.

The PM outlined an example of how broadband is changing lives: “The other day I heard how one of Britain’s leading musicians, who spends most of his time abroad, reads his young son a bedtime story from thousands of miles away using Skype. And millions of us can now spend more time with our families because technology allows people to work easily from home.”

So, although the example seems a bit crass and brings to mind Noel Gallagher quaffing Champagne with Tony Blair in Number 10, it does highlight a more serious point. More people are working from home and using the Internet becomes essential. It’s no longer just a luxury.

Those of us who live in London are rather spoiled. We do have great connectivity, we have the parliament down the road, and the best arts and culture in the country – arguably the world. But in the past few weeks I have been out on the road working with a government department and for a few regional clients, taking me to Durham, Liverpool, Southampton, Bath, and Derby all in a month.

I’ve seen the differences firsthand. When I attended a major local business conference in Durham the hotel plugged a 3g dongle into a wifi router – that was supposed to provide Internet for everyone visiting the conference. And it was BT setting up the facilities! Any conference organiser trying that in London would be laughed out of the profession. 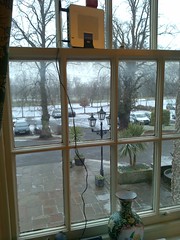 If the UK is going to truly innovate in the knowledge economy of the future then we need to truly embrace the bits of the country that have been difficult to get wired so far. We need those people on board and running their home businesses all over the country and interacting and selling online because those businesses will be a vital part of the global supply chain – and that’s British talent. 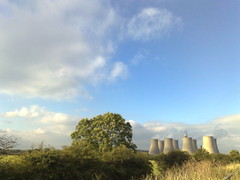 The government is clearly on the right track with their intentions, but the timescales seem woefully unambitious. Who can remember how different the business world was – particularly in the use of technology – at the turn of the millennium? Well how come we are now making basic pledges on infrastructure and suggesting that the small businesses who need that help will have to wait until 2020 for the dream to be a reality?

At least the Digital Britain proposals set out an agenda and purpose. And in the words of the Broadway and West End musical Avenue Q: “Purpose, it’s that little flame that lights a fire under your ass!” 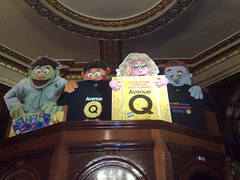