The Football Association in England has latched on to the power of social media in support of the national football team, who have just arrived in South Africa ahead of their first game in just over a week.

By building a Facebook application that allows fans to ‘join the team’ the FA is cleverly using social tools to engage with the people who are their real ‘customers’ – those involved with football at the grassroots level. In Campaign magazine,  FA head of marketing Simon Freedman said: “We want to win the (first) unofficial social media World Cup on Facebook, and drive greater connection with our consumers.”

At first sight it seems amusing that a football governing body would be trying to get fans involved in trying to win a virtual World Cup. Why would they bother? But take a look at what the FA does, apart from officiating over grand football tournaments and making sure the England team gets to South Africa.

It might be just a game to some, but there is no doubt that the 4m kids regularly involved in sport because of the FA are going to benefit from their involvement.

The FA is already involved in the grassroots and local communities, but through the use of a simple Facebook application they will be able to spend the next month building a large database of new supporters, support that can be mined in future once England have brought the World Cup back to London (we all hope). 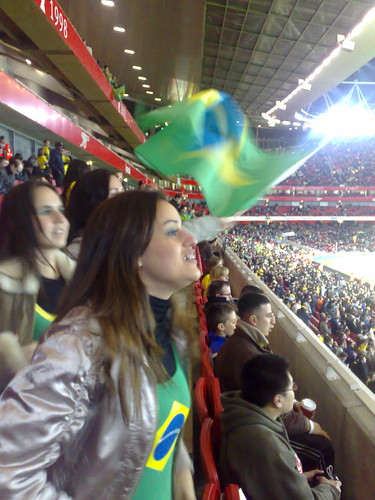