There is an interesting marketing case study here in Fast Company.

Nissan found a couple of guys who rent themselves out as virtual billboards and offered them the use of a couple of cars – pre-release.
So the cars end up with a wide audience, thanks to the videos and blogs generated by the billboard guys. But what’s the really interesting thing about the whole experiment?
It is costing Nissan about $1,000 to try it out.
I remember that I recently attended a business conference where the organiser had spent several hundred thousand dollars ensuring that their ad was in all the major news/business magazines, such as Time and Fortune, in the week of the conference.
I was aghast when I heard how much they had spent on these display ads and I asked the organiser if they felt they got any real value from synchronising all those ads with a conference. Of course they couldn’t really answer – it was probably more to do with the ego of the organisers.
But compare the money Nissan is spending on experiments with that kind of ego-spend. Imagine what you could do online, seeding various social media experiments, if you had a serious budget.
A small budget has the advantage of making failure possible. If each experiment only costs a small amount then several can fail before you find what works for your firm or industry. And at this price, most firms could afford to try quite a few experiments – if they just have the imagination to try something new. 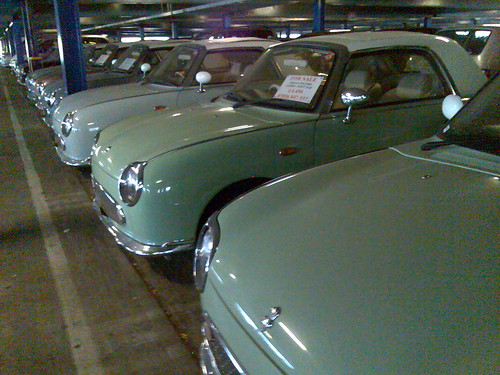