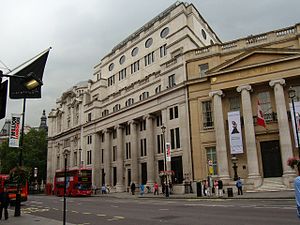 This week the European Commission (EC) gave the go ahead for the BDUK project, which will see £530m of central government funding go towards rolling out broadband.

There have been a lot of complaints about this figure not being large enough, to which I totally agree. It seems mad that something as important to both home and work as connectivity is given such a measly sum when the government is willing to payout £33bn on a new train track or £9bn on a glamourised sports day.

But what has got me scowling today is how Whitehall is trying to take so much credit for ‘making Britain digital’ whilst paying so little towards the scheme and expecting everyone else to empty their pockets.

The figure the EC released for state funding was £1.5bn. When I asked where this was coming from, the spokesman said it was all public money.

If central government is only putting in £530m, that leaves a bill of almost £1bn at the local authorities’ door, when originally the BDUK project said they would only have to match funding from Westminster.

What was even worse was the attitude of the department of culture, media and sport (DCMS) towards this whole process. The spokesman I talked to today told me not to “pay too much attention to that figure as it might not be that much,” adding: “We had to give a figure to the EC for the purpose of the investigation.“

So, not only does the DCMS not have the figures in order of how much these plans will actually cost, it doesn’t care if it gives the wrong figure to the EC, which has just been carrying out a serious inquiry into the whole BDUK project.

Delving deeper into the original proposal for the BDUK scheme, the government said its aim was to get 50% of funding from the private sector.

Now, I am not against this investment at all. Private companies will benefit hugely from the roll-out and I believe they should put cash in.

However, the figures today show government expects £1.5bn from them, so suddenly it becomes very clear why BT is the only one winning the contracts.

There cannot be many ISPs in the UK who could afford to put down such a huge sum on the table, triple what central government is prepared to invest themselves, despite telling us all how important a connected Britain is for the economy and our wellbeing.

The EC may have given it the green light but it is clear there is a lack of variety when it comes to the providers involved in this project, as well as with the technology as I have ranted… I mean blogged about before.

Cameron, Clegg, all of you. I agree we need better broadband infrastructure in this country. I agree private companies should put in their fair share. But I believe you should be using tax money to fund this roll-out and bring connectivity to everyone in the country at a much faster pace.

You feel like the colleague from work who always makes sure he is last in the pub on a Friday and sips his pint the slowest so he doesn’t have to get a round in.

Stop relying on everyone else and make a valid investment into broadband. I hear there is a lot of spare cash you are thinking of wasting on something called Trident…