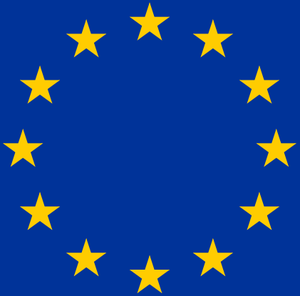 There always seems to be a spat between Westminster and the European Union, especially in these current days of having a government looking to get out of it at the nearest opportunity. However, the latest row has seen the EU grow a pair and bite back at what I think were unfair and harsh criticisms of its process.

Yesterday, the recently appointed culture minister Maria Miller got an ear bashing from David Cameron for her department “not doing as well as [it] should be” when it came to helping the UK economy grow and the slow progress of broadband roll-out was named as one of the culprits.

Miller used this as an excuse to lash out at Brussels, saying it was her “intervention” that had ensured the broadband plans it had been tasked with approving went through and she had brought them “out from under stifling EU bureaucracy,” essentially telling the PM he should thank his lucky stars to have her on his team.

This wasn’t the case though.  Yes, the EU had to look at the BDUK project for rolling out broadband across the UK, but this needed to happen. It had to check it was competitive and stuck to the rules when it came to state aid.

With only BT and Fujitsu allowed to bid for the contracts worth hundreds of millions, a lot of us in the industry have raised eyebrows and wondered if all is fair in love and broadband, especially with BT being named the only winner in the seven programmes confirmed so far.

Having an extra set of eyes to comb through the government’s plans and the processes of BDUK gave me a bit more reassurance and, despite wanting broadband roll-out to happen as fast as possible, I was willing to wait to get the nod from Brussels.

For Miller to claim she was some saviour speeding up this process is a load of nonsense and luckily, for once, the EU has told her so.

Joaquín Almunia, the EU’s competition commissioner, said “Brussels bureaucrats worked faster than their London colleagues” in moving broadband roll-out forward and “the real origin of the delays… should also be made clear.”

He told the FT: “We asked the UK government last February to supply the necessary information to us and only received a complete answer in October.”

So actually between her and her predecessor, Jeremy Hunt, it was the lack of communication from our side of the Channel that was causing problems.

This is not the first time Miller has tried to take credit for something that she has no right to lay claim to.

In October she met with mobile operators to talk about the contentious issue of spectrum and who would be first to get 4G. After the meeting, she claimed she had brought peace to the mobile industry by ironing out the timetable for the spectrum auction and stopping the providers going to the courts over it.

The victory had actually been a technical one, where the two companies tasked with clearing the analogue television frequencies for the auction – Arqiva and DigitalUK – had completed the job five months ahead of schedule. It wasn’t down to you was it Miss Miller?

Yes, the broadband roll-out needs to happen for this country’s economy – excuse me whilst I die of shock from agreeing with Cameron here – but it is the lack of funding – £530m is a pitiful amount for such a big project – and the long winded process put in place by BDUK and the department for culture, media and sport holding things up.

Add to that the lack of imagination when it comes to the technologies that could be utilised rather than just being blinkered by fibre, and I think the blame falls squarely at the UK government’s door. And yes, that means you Miss Miller.

Stop trying to take the credit for other people’s achievements and start taking the blame for your faults.