5G promises lightning-fast mobile speeds. Want to download a full-length movie in under a second? Want to stream ultra-HD TV on the go? Fancy trying out immersive gaming? Augmented reality apps? Oh boy, it’s the mobile networking standard for you.

There’s only one small problem. Nobody really knows what 5G is yet. It’s years away. We haven’t even begun to discuss standards. 4G is only just bedding in. We won’t have 5G smartphones before 2023 at the earliest. 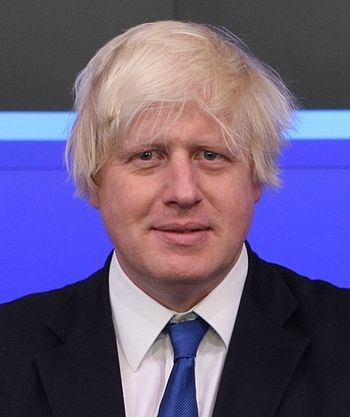 English: Mayor of London, Boris Johnson poses for a photo prior to ringing the opening bell at NASDAQ on September 14, 2009. (Photo credit: Wikipedia)

This morning we reported on mayor Boris Johnson’s long-term infrastructure plan for London – due to be formally unveiled this week – which is to include an eye-catching pledge to bring a 5G mobile network to London by 2020, in just five and a half years’ time.

It all makes for a good story (who can resist clicking on a Boris Johnson headline? He might have got stuck on a zip line or offended Liverpool again) but I don’t think Boris has the slightest idea what he’s actually pledging.

2020? That’s the South Korean target! Have you been to South Korea? They first deployed mobile WiMAX eight years ago! They launched LTE in 2011. They are quite literally years ahead of us.

Even with generous funding from Brussels and the British government, surely even the most ambitious 5G proponents can see this is wishful thinking. We haven’t got a hope of bridging the gap in five years!

Will we have a commercial 5G network by 2020? Not on your nelly.

But with at least one mayoral election still to come before 2020 (and those rumours of Boris making a return to Westminster party politics with an eye on Number 10 never quite seem to go away), let’s face it, it’s hardly likely to be a pledge London’s beloved mayor will have to live up to.