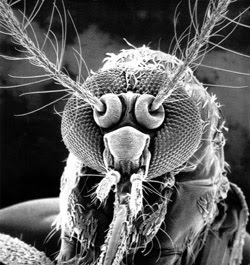 The Public Administration Select Committee asked Cabinet Office how many of the 220 data centres used by central government were actually owned by private suppliers. How on earth can you consolidate 220 data centres, the question implied, when most of them are owned by different suppliers and operated under different contracts.

Don’t know, said the Cabinet Office in written evidence to the committee.

We don’t know how many central government data centres are privately owned, it said. We don’t actually know what contracts we have across government either. And while you’re at it, neither have we any idea what the average cost of a desktop computer is in the public sector.

Look closely and you might spot a pattern here. Government has tried and failed for 10 years to get decent benchmarks on IT spending. It meanwhile has to beg suppliers for the numbers: tell us how good a deal you are giving us because we don’t know.

Suppliers reckon they’re giving good head. And then you hear the Department of Health has spent £2.7bn since 2003 on a nation-wide patient records system suppliers still haven’t delivered.

So where does all the money go? Two point seven billion pounds to knock out a patient database: it can’t all go on second and third country homes for overpaid wide boys and team-building weekends in Grouse season. Can it?
Pantomime baddies
As for data centres, the Cabinet Office thought a year ago there were just 130 of them in central government. Even then it should have known what it was talking about. A posse of boo-hissssssystems integrators brought the consolidation proposal to Cabinet Office on a plate in 2009. Counting data centres is not rocket science, even for these bozos.

But by late 2010 Cabinet Office found 90 data centres had fallen down the back of the sofa. Central government had 220 data centres it had to consolidate, not 130. And now, two years after busty trade body Intellect dreamt up the whole idea, Cabinet Office still doesn’t know which Intellect members actually own them and, one would assume, just how good their offer to consolidate really is, or indeed how it might work.

Think of it like this. If a posse of 10 boo-hissssystems integrators came knocking on your door proposing a way to drastically reduce the amount of money you had to pay them for data centres, you wouldn’t think it a bid odd, would you? No, you’d take their plan and present it as a data centre consolidation programme toot suite.

Ask around, and it becomes apparent government’s lack of intelligence about what it pays its ICT suppliers to do might inhibit the consolidation programme’s aspirations.

Dr Richard Sykes, a data centre consultant, reckons suppliers only proposed data centre consolidation because they got wind of mega-data centres run by the likes of Amazon and saw their number was up. What an old cynic.

At least, he says, central government’s estate of data centres had “grown like topsy”. As each department realised it needed a data centre, it got one – and got one of its own on the advice of an oligopoly of ICT suppliers.

Now they’re all over the place and thank Christ someone noticed what a killing these suppliers were making because poor Mrs Harris didn’t get on too well this winter and she’s wondering if her winter fuel allowance will see her through next year what with the wide boys having pissed her pension up the wall and all our taxes having been wasted on all these bloody redundant data centres.
By the time the consolidation plan had become the G-Cloud Vision, and the Cabinet Office had fleshed out proposals in consultation with SMEs, people like ex-CIO John Suffolk started saying how government intelligence about its own IT expenditure would always be one bob short as long as systems were not implemented using agreed standards.

The government wasn’t getting straight answers from its suppliers. It’s tempting to think of them as self-serving parasites. That would probably be unfair. But when the Cabinet Office says the problem with public sector IT is government has not been an intelligent customer, that is only half the story. It’s tantamount to saying, blame the victim. 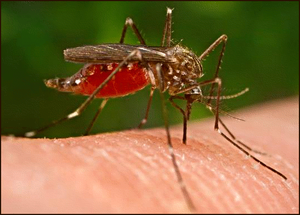 So how do you find out how many central government data centres are owned by the private sector if you can’t trust their answer?
You could order them to open their books. It might not be necessary for something as simple as data centres. But there’s a few other riddles you could answer while you were at it. Like where did that £2.75bn of NHS money go? Can we have a line-by-line breakdown submitted to the National Audit Office, please?