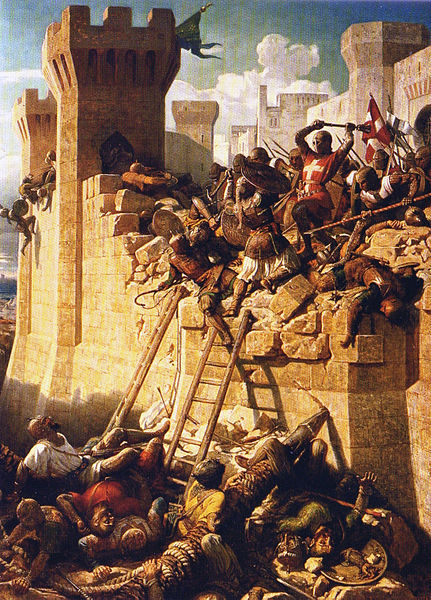 The Care Quality Commission wants public approval for a plan that will use health data to help private companies make inroads into the NHS.

The scheme will see the NHS care watchdog repositioning itself as quasi-market regulator and consumer champion for a newly privatized health service.

It was sketched out last week by CQC chairman David Prior, a Tory grandee who prepared British Steel for privatization in the 1980s.

Prior’s proposed data-driven reforms are set to unseat the NHS’ national network of hitherto impregnable general hospitals, making it easier for the private sector to carve up their specialist clinical departments under competition rules enacted by the coalition government last month.

Making his pitch last week at the King’s Fund, a market-leaning health think-tank, Prior portrayed data as the way to break the NHS open for private companies.

He wanted the CQC – which has till now been concerned primarily with the quality of NHS health care – to turn its data to this new purpose. NHS Hospitals would be top of its target list. He would put the plan to public consultation this summer.

Data was first among a series of problems Prior told delegates he had with the NHS. It was, he said without a hint of irony, “a classic market failure”.

The NHS, which has for 60 years been not a market but a public service, was at fault for not having data a market would find useful. The problem was not that the NHS lacked data. The NHS has plenty of health data – it is already used as a means to monitor and improve care. The problem, as Prior saw it, was the way NHS data was packaged. His CQC has begun re-packaging NHS health statistics to make them “a lot simpler, more recognisable – something that will resonate with the public”.

Prior wanted “consumers” to use CQC’s health indicators to compare the quality of care given by different hospitals and clinics. CQC has long been monitoring quality of care in the NHS. But this wasn’t enough. Prior wanted it to play to the public gallery.

Solving this data deficiency would help Prior solve a more fundamental problem he had with the NHS. That problem was the NHS itself.

“And people can’t fail. You can’t close a hospital like the James Paget in Gorleston. The market simply does not operate. You simply die if things go wrong.”

This horrible propaganda set the scene for Prior’s pitch, just like it formed the backdrop to the coalition government’s reforms. He had no qualms repeating the tabloid caricature of an NHS ridden with “patients lying in pain or in soiled sheets that nurses aren’t doing anything about”.

His story was in essence that the sky was falling down. And that you’ve nowhere to run. Because there is just that one hospital up the road, where the nurses are oblivious to the screams of pain and stench of squalor, because they are stupid, or psychopathic, or chatting on the phone. That’s how the story begins for the refashioned CQC and the health care market Prior will have it watch over.

The scene sets up a question that Prior’s CQC will answer for us: what are you going to do about it? 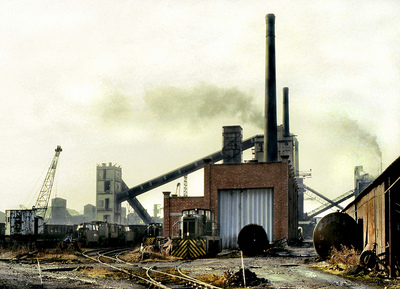 We are required to ask this question because the coalition government’s private health market would never take off while the NHS was protected by its national network of fortresses known as general hospitals.

There are the market barriers Prior complained about: in the immense capital our great, beloved general hospitals have already sunk into health.

Perhaps thus, Prior told the King’s Fund conference he had made general hospitals the primary target of his refashioned CQC.

“I think there are issues with hospitals,” he said.

His issue was with general hospitals. It was that they were general. His argument was that you could take a hospital shown to be performing about average, and find that some of its constituent parts might not look so good when you looked at them close up.

This was the problem. He wanted to expose what he might call the rotting heart of the NHS. Data would do it.

So Prior was having the CQC cease its general audits of hospitals. It would instead start doing specialist audits. It might do a run of urology audits one year, cardiac the next. It’s focus would be what the private sector calls verticals. This is how the new CQC’s new direction will correct that market failure Prior talked about. 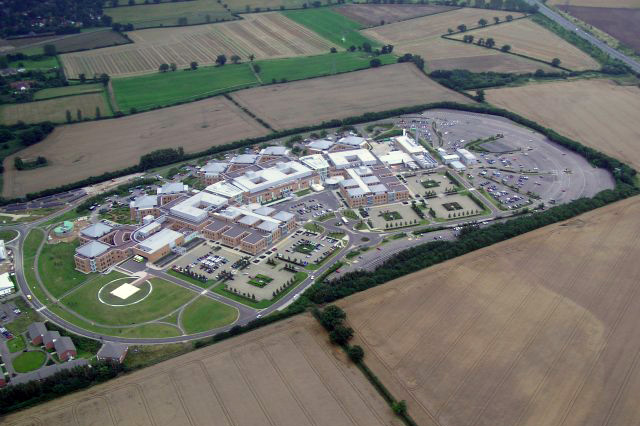 Private interlopers might have little chance of competing with a general like The Norfolk and Norwich University Hospital, with its 1000-beds and a campus large enough to fit around 30 football pitches.

But they could compete by snatching the odd contract for a specialist department like urology – especially if CQC league tables had picked the general’s urology department out as a poor performer.

Private interlopers would fair even better in such a market if they were themselves not general but national or multinational specialists in areas such as urology.

This was the idea in the 80s when Prior was preparing British Steel for privat ization. It was anticipated then that a newly privatized steel industry would reorganize rapidly into vertical specialisms, or lines of “vertical product differentiation”.

The point was for each spore of the privatized industry to develop its own premium product line so each would have the best chance of making premium profits, Manchester University’s Professor Jonathan Aylen wrote at the time. Industry was expected to organise itself this way: actually carving up the vertical profit lines between them.

“After all, the aim is to acquire market power in order to enjoy monopoly profits from a distinctive, high-quality product made at much the same unit cost as your rivals.”

The sales pitch for privatization is competition and choice. The outcome could be a bit of a rip-off.

The steel industry then has meaningful similarities with the health sector now. New technology had lowered the barriers for companies to enter the steel market, as is happening now with telehealth. Customer choice, as Aylen put it then, was “a precondition for privatisation”. This is also the raison d’etre of Prior’s refashioned CQC. 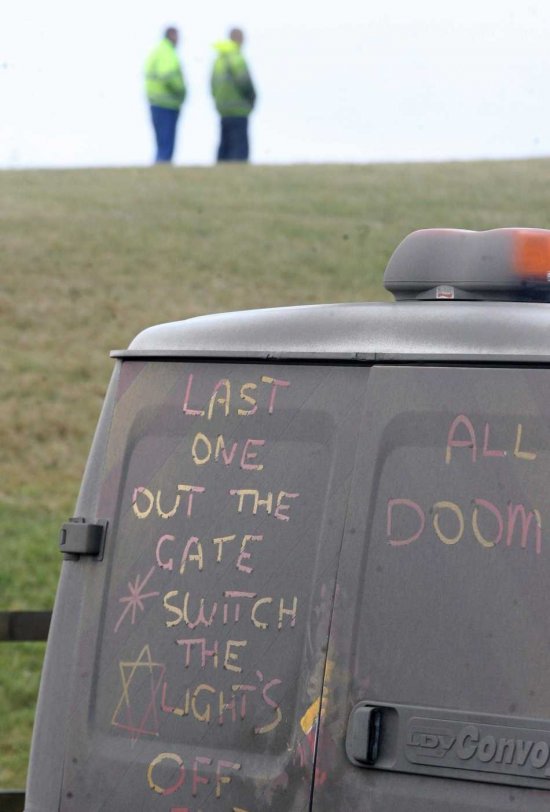 Steel had been organized around a social priority, which was to provide jobs in regions of low unemployment. The NHS similarly concerns itself primarily with health, not profit – care, not consumers. The European steel industry’s reorganisation involved closing plants: consolidating them for higher efficiency and greater profit. Prior’s reorganisation at British Steel axed 20,000 jobs. Now he has his sights on the general hospitals. They must look like steel plants from a certain point of view.

But there is a key difference. The steel market was international. Its inefficiency was measured in production costs and profits on sales. Thus ranked, comparisons of national suppliers were meaningful to those making the case for privatization.

The NHS on the other hand is a closed system. Financial measures are no use for market comparisons. The NHS serves the nation. The nation pays its costs. Patients aren’t interested in hospital balance sheets. Nor are contracting bodies, really. If you want to give a private supplier a way to break into the NHS, you have to help it find another way to differentiate itself. You have to deploy care quality data. But the care quality data we have was designed for care quality. If you want it to serve the market as well you have to make some changes.

Prior’s CQC would help everyone understand what was going on by cutting context out of its catchy, simplified, vertically-aligned indicators. Context has shown that other hospitals were not quite the death traps data officials and academics said they were. But context is useless as a market indicator. Markets want something as quick and simple as a profit ratio. Something you can throw your hat on. Here they would get everything they wanted to make easy inroads into the NHS.

Prior denied this would be adversarial. He said he wanted a constructive relationship with hospitals. But his words were buttery. His refashioned CQC exemplifies and solicits the newly adversarial NHS. The CQC will be adversary-in-chief. 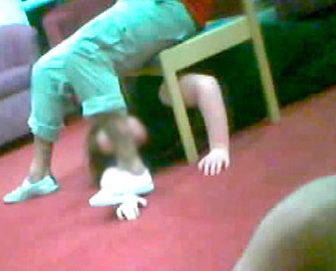 CQC had in fact taken a step back from the NHS, said Prior. “We will be outside the system,” he said. This was the lesson he had taken from the Francis review into care quality at Mid-Staffs: that “the system was looking after itself”.

His assertion relied on a tang of corruption to make its point. It implied the NHS was hiding horrors to stave of… what? Privatization? It has been doing nothing of the sort. Yet it has been under attack from all sides.

If as Prior said, it was wrong of the NHS to preserve itself, then the right action must be the opposite: some form of disassembly. Of course, Prior didn’t spell his allusion out. It is an insidious logic that has crept into the top of the service.

So Prior’s words were more momentous than they sounded. His CQC would begin acting from without the NHS, as “the eyes of the patient”. It would step outside and stand with patients looking in. Again, he was encouraging people to see the NHS differently – adversarially.

Patients have until now been taken into the caring embrace of the NHS system. They are subsumed into it. They become part of it, along with clinicians, data analysts, care regulators and so on – all feeding into the system for care’s sake.

Now Prior wants us to accept this is all wrong. “I’m not sure we have a system,” he said in the opening of his speech last week. 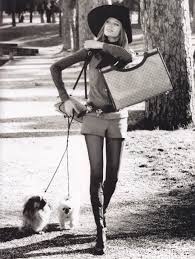 We are talking here about the NHS – which prides itself in being the largest health system in the world. Prior portrayed it as a “fragmented, disintegrated system”.

He said he wanted care integrated in the way private health providers do it in California. It is what you are hearing this week from the King’s Fund about integrated care – or telehealth and telecare as it will be known when technology has helped integrate and industrialize it.

Consumer power will be at the centre of it: patients in the system but not of the system: uppity credit card carriers rifling their Gucci handbags impatiently, and snapping orders at those orderlies they used to call nurses, while they wait on their beds for that platinum-service specialist they just ordered. A ‘patient-centred N HS’.