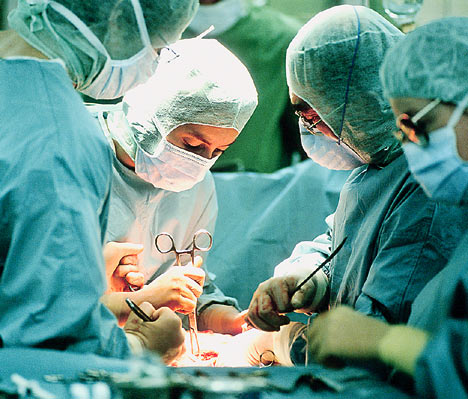 In a jaw-dropping condemnation of the NHS National Programme for IT, the National Audit Office has exposed a white elephant in the final stages of collapse.

In what read as a final pronouncement, the NAO reported that after nine years and £2.7bn, the NHS has failed to deliver its primary aim of an electronic care record for everyone in the country.

The situation looks so dire the system might continue leeching money from the NHS for another decade if the whole scheme and all its software is not seized by state liquidators.

The NAO was confident DoH had saved the day. But it had done so by turning the systems architecture on its head. The National Programme had been all but abandoned. The NAO all but called time on it once and for all.

“There is a compelling case for the recently announced Whitehall-wide review to re-evaluate the business case for the Programme to determine what should happen now to safeguard against further loss to public value,” said the NAO’s Update report on the NHS IT Programme’s care records systems, published today.

Yet the NAO couldn’t simply move on. It was being held back by its multi-billion pound contractual obligations to failed suppliers BT and CSC.

Ian Watmore, the Cabinet Office head of government IT, told the Public Accounts Committee Monday the oligopoly of suppliers was to blame for the mess in government ICT. But the government couldn’t simply ditch their contracts when it was so hard to prove where the bucked stopped in a court of law.

So, the NAO reported, DoH had commitment to honour its existing contracts for the failed delivery with BT and CSC. The total, with implementation and delivery fees, would cost another £4.3bn to 2016.

Might suppliers do the honourable thing now and resign, apologize, and hand what software they had over to the public?

DoH had abandoned the original scheme’s aim of storing all NHS information in a single system spanning thousands of separate NHS organisations. It had effectively scrapped the system. It had opted instead for one set of rules so that disparate systems could share what information they had. This proposal was on the drawing board when the DoH first embarked on the scheme in 2003.

NAO had a scrappy report card for BT and CSC, who had already been paid billions but failed to deliver systems across the country.

The Department was trying to handle the system requirements in a more flexible manner, in keeping with the agile mode in systems development. But NAO was pressing it to stick to the original contracted specifications as a measure of success. The new mode was “overly positive” when the cogs of the system were stuck in the mire.

DoH had permitted suppliers to deliver fewer systems without getting a commensurate reduction in price. Costs appeared still to be going up. There was no end of it and matters were only becoming more complicated. The state of the core patient system was enough to induce a mortal gag.

“Although some care records systems are in place, progress against plans has fallen far below expectations and the Department has not delivered care records systems across the NHS, or with anywhere near the completeness of functionality that will enable it to achieve the original aspirations of the Programme,” said the NAO report.

“The Department has also significantly reduced the scope of the Programme without a proportionate reduction in costs, and is in negotiations to reduce it further still. So we are seeing a steady reduction in value delivered not matched by a reduction in costs.

“On this basis we conclude that the £2.7 billion spent on care records systems so far does not represent value for money, and we do not find grounds for confidence that the remaining planned spend of £4.3 billion will be different,” said the NAO.

Deadlines had been repeatedly missed. When systems had gone in take-up of care records was poor. DoH had compromised its original requirements.

The report painted a most unpleasant picture of CSC, which had delivered care records systems to just four out of 97 hospitals in the North, Midlands and East of England.

The NAO said CSC would likely fail to deliver the rest before its contract runs out in 2016. DoH had been in dispute over its contract with CSC for 18 months, trying to claw back some of the £5bn it had promised the supplier.

DoH had meanwhile been forced into technical modifications of the one-size-fits-all software systems being delivered by the suppliers because they did not fit the slots they were being put in. Costs of these modifications were uncertain, but were £220m to date.

Delivery costs were going up, funding was going down. Additional costs were being incurred by trying to make health systems from outside the Programme compatible with those inferior systems delivered by BT and CSC.

Little was certain. BT and CSC were in such a slough they could not even agree with the Department of Health in numbers submitted to government auditors. NAO had been unable to clarify the discrepancies.

On top of that, the NHS was facing reorganisation under the coalition government. The NAO report gave no impression these lumbering suppliers would need anything less than another 15 years after they fulfilled their current obligations to redesign the system to work in the new NHS organisational structure.

“Of the 4,715 NHS organisations in England now expected to receive a new system under the Programme, 3,197 are still outstanding. The current CSC contract alone requires delivery of 3,023 GP systems and over 160 deliveries of Lorenzo by July 2016,” it said.

It is an insult to the Cabinet Office Open Source and Software Re-use Action Plan launched in 2009 by then minister Tom Watson and it is an insult to the coalition government’s repetition of its aims, both before and after the 2010 general election that brought it to power.

Were Watson and now Maude’s plans to get control of public computer software ever feasible when the commercial world has such a death grip on public ICT?

Watson’s plans for software re-use dared to imagine a time when public software was public property. Any work suppliers were paid to do would contribute to the public good. And that good would be stored in the form of software on which any agency, or any one from the the wealth of local health systems providers who flourished before this débâcle, could contribute improvements.

The National Programme is in such a state, the government has nothing to lose if it is serious about its Open Source Software and Re-use policy: it could become the first great public open source system.