Soon after Cabinet Office minister Francis Maude began his parliamentary career in 1983, he co-founded a group of Conservative MPs whose ideas where so pariahic they dubbed themselves the gingers.

This  “No Turning Back” group wanted to privatize the National Health Service and hand its financial control over to the insurance industry. They wanted to privatize schools and what there was of public housing. But their demands were too radical even for Margaret Thatcher, who was then privatizing the public industries.

Maude’s ginger radicals were determined. And they were satisfied in the end. Their campaign came to fruition nearly 30 years later, in David Cameron’s “digital transformation” of public services. Maude engineered Cameron’s leadership and then took personal responsibility for implementing his transformation policy.

Cameron’s Thatcherite government was moreover the culmination of Maude’s career. He had quickly progressed from pariah to establishment. He led the Conservative privatization programme as chief secretary to the Treasury for prime minister John Major in the early 1990s. After losing his seat in parliament, he became global head of privatization at Morgan Stanley investment bank, and carried on working on UK privatization as paid adviser. Later as Conservative Party chairman he got Cameron into power. And so it comes round again.

It had always been about Freedom. Maude himself championed Freedom of Information when running privatization for John Major.

FOI later  became a method for journalists and right-wing campaigners to find evidence in public records of “waste and inefficiency”, to use a catchphrase from the Conservative privatization programme of the 1980s. 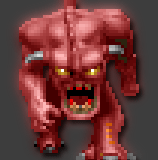 The cacophony of derision was amplified by Edward Leigh, a founding member with Maude of the No Turning radicals. Leigh prepared the way for Maude’s 2010 reforms with parliament’s Public Accounts Committee. As committee chair before 2010, he portrayed the complexity of big public sector IT projects – especially the NHS National Programme for IT – as an inherent source of needless waste and inefficiency.

Nevermind that it was inherent to such systems as were required to support tens of thousands of staff in spawling public organisations, administering national public services to millions of people, that their costs would naturally be gargantuan, and that any cost over-runs would be of such a scale as to seem outrageous. The coalition said the problem was IT. It’s solution was on the face of it, to fix the IT. But really it was to get rid of people, and to get rid of national public services.

Bernard Jenkin, another No Turning radical, became chair of the Public Administration Select Committee after his government came to power in 2010. He paved the way for Maude’s reforms with the 2011 Fishenden hearings that established in the public imagination the misconception that large government IT suppliers were corrupt, in some vague way that was never substantiated.

Iain Duncan Smith, yet another No Turning radical, coincidentally made such a bodge of building the Universal Credit social security system as Maude’s Cameron’s minister for work and pensions that he proved the case against big government IT once and for all.

His failure put modernization of the Department for Work and Pensions back nearly a decade. If Universal Credit had gone to plan it would have turned DWP into a fortress of public power. As it happened, his bodge made DWP vulnerable to dissolution as well. Embarrassingly for Maude, his Cabinet Office was largely responsible for Smith’s bodge. And his government has reduced wealth redistribution so much as to make Universal Credit almost untenable.

The outcome of all this was widespread belief that big public sector IT projects were corrupt, expensive, inefficient and bodged.

It was like a bunch of gangsters had got hold of a fat old shop keeper and roughed him up a bit before planting some evidence he was a paedophile and calling the local newspaper, while their bulldozers waited round the corner with their engines running, and an architect stood by with his plans for a casino and shopping mall complex.

There was no real opposition to the coalition’s automation of the public sector. Nobody even knew what they were doing till it was too late to turn it back.

But as computing technology proliferated, so did support for the coalition’s digital transformation, especially among the twitter-literate ecosystems of small companies most likely to benefit from it. The public sector’s po-faced corporate façade was still so 1950s when the coalition came to power. The networked age made some form of epoch-changing restructure inevitable. Automation was inevitable, at least.

The question of whether the rest of the coalition’s digital transformation privatization of public services was inevitable – that’s a bigger story. You can read it in full <here>.