The openSUSE Project is taking the development version of openSUSE (known to family and friends as Factory) to distribution using the “rolling release” development model. 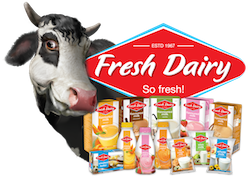 What is rolling release?

A rolling release is a continually developing software system where software is recurrently updated to be (what openSUSE hopes can stand as) a tested and stable “daily (dairy) fresh” bleeding-edge distribution.

As Matt Hartley explained on Datamation earlier in 2014, with any Linux distribution you have the ability to roll back a problematic update should something go horribly wrong.

“How easy or complex this is, really depends on the Linux distribution,” he said.

Hartley writes further, “With a rolling Linux distribution, on the other hand, you’re able to tackle “upgrades” in nice bite-sized pieces. This means if you’re updating your package management daily, odds are good your package cache is going to keep the older version of any newly upgraded package.”

Back at openSUSE, the team says that the rolling release model will “shorten the stabilisation process” in openSUSE releases and eliminate the need for pre-releases or what are know as ‘milestones’.

NOTE: A milestone release is regarded to be a pre-Alpha software release version released to the community before complete (or even extensive) testing has been carried out — milestones feature heavily in open source development as they refer to periods in development where specific functionality has been incorporated into the software project.

What used to happen

In the old openSUSE development model, an army of packagers would shoot new packages and updates to a playground called Factory, with a relatively small team taking care of the integration process of all those packages, which sometimes took a long time to stabilise and release.

“With this new openSUSE development model, users get the latest free software packages without waiting for the next release,” said Richard Brown, openSUSE board chair.

“With a daily fresh Factory distribution making it easier for those who want to preview and test, we hope to see more users and contributors, leading to faster fixes and even higher quality. Factory is critical as it provides the base technology for openSUSE and SUSE Linux Enterprise, which is used by tens of thousands of organizations around the world.”