Twitter claims that up until now, there has not been a simple and effective way to design interactive, hardware-accelerated interfaces on the Mac.

According to the github social coding website, “TwUI should be considered an alpha project. It is current shipping in Twitter for Mac, in use 24/7 by many, many users and has proven itself very stable. The code still has a few Twitter-for-Mac-isms that should be refactored and cleaned up.”

Twitter says that TwUI brings the philosophy of the previously already available UIKit to the desktop. It is built on top of ‘Core Animation‘ and it borrows interaction ideas from the AppKit set of application classes.

NB: Core Animation is a collection of Objective-C classes for graphics rendering, projection and animation.

“Since TwUI forms the basis of Twitter for the Mac, it is an integral part of our shipping code,” says Twitter. “Going forward, we need to stress test it in several implementations. We’ll continue to develop additional features and make improvements. We encourage you to experiment, as that will help us build a robust and exciting UI framework for the Mac.” 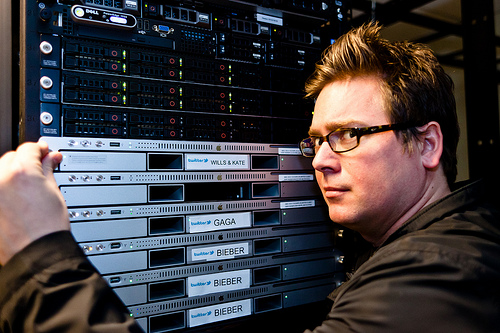 Photo credit: Twitter – an engineer getting the server racks ready for the royal wedding