Mozilla continues its (positive) onslaught upon the developer tools space this month with the launch of the Firefox OS App Manager.

The release sets out to give programmers more options to build and debug (and deploy) Firefox OS apps in what is essentially a simulator environment.

The tools itself sets out to bridge the gap between existing Firefox Developer tools and the Firefox OS Simulator, thereby (in theory) allowing developers to “fully debug” and deploy their web apps to Firefox OS.

According to the Firefox developer team, “The App Manager also provides additional information to the developer including the current Firefox OS version of a connected device, the ability to take screenshots, a list of all currently installed apps and a list of all the APIs and what privilege level is required to use each.” 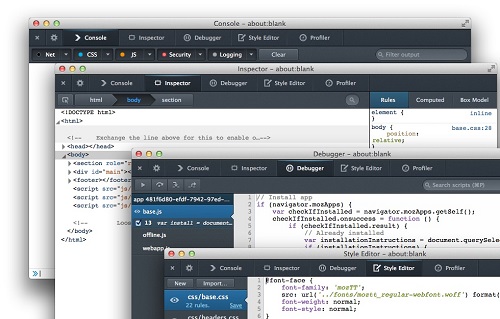