Continuing to gain traction in the data management space, Snowflake wrapped up its its Snowday 2022 software release update event with one final leg in San Francisco, to form the final stop on its Data Cloud World Tour.

Now styling itself as the ‘data cloud company’, Snowflake used the event to detail platform upgrades and enhancements at a number of levels.

Following the acquisition, Snowflake is now advancing its Streamlit integration (in development), so developers can bring their data and machine learning (ML) models to life as secure, interactive applications within Snowflake.

Snowflake’s Streamlit integration will bring together Streamlit’s ease of use and flexibility, with Snowflake’s scalability, governed data coverage and security, so developers can build powerful applications without the traditional complexity involved with building and deploying web applications.

In the months since its public preview announcement and expanded Anaconda integration at Snowflake Summit 2022, Snowpark for Python has seen 6x growth in adoption, with hundreds of customers including Charter Communications, EDF, NerdWallet, Northern Trust, Sophos and more building with their data using Snowpark. 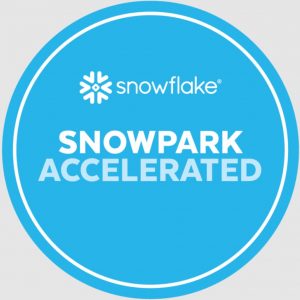 Snowpark for Python is part of the wider Snowpark ecosystem, bringing teams together so that they can collaborate and build on one platform with a secure Python sandbox, providing developers with the scalability, elasticity, security and compliance.

In addition, developers can eliminate data security and compliance roadblocks that have previously prevented projects from going into production. Snowflake is also releasing Snowpark-optimised warehouses (public preview in AWS), so Python developers can run large scale ML training and other memory-intensive operations directly in Snowflake and Python Worksheets (private preview) to develop applications, data pipelines and ML models inside Snowflake.

“As we continue to disrupt application development, we’re giving builders the data access and tools they need to accelerate their pace of innovation securely under Snowflake’s one unified platform,” said Torsten Grabs, director of product management, Snowflake. “Snowflake’s advancements provide developers with the capabilities to build powerful applications, pipelines and models with the utmost confidence and eliminate complexity so they can drive value across their organisations with the data cloud.”

Partners like Anaconda, dbt Labs and others have been instrumental in accelerating the adoption of Snowpark for Python for developers.

These advancements include Anaconda’s integration with Snowpark for Python, which make Anaconda’s open-source Python libraries seamlessly accessible to Snowflake users by eliminating the need for manual installs and package dependency management. In addition, dbt’s new Snowpark for Python support effortlessly combines the power of SQL and Python for modern analytics, enabling customers to further bridge the gap between analytics and data science teams.

Snowflake is also reimagining how users build data pipelines, making it easier to work with streaming data within a single platform and further eliminating silos for customers.

To do so, the company is equipping them with the capabilities needed to eliminate complexity while leveraging core software development principles. Users can now improve productivity by onboarding data faster with Schema Inference (private preview) and execute pipelines effortlessly with Serverless Tasks (general availability) natively in Snowflake’s platform.