The fact that we can now group data scientists, data engineers and application developers together may be a very good thing.

To serve this triumvirate of techies, Snowflake is ow tabling it latest innovations to bring the Python programming language to the forefront.

With the launch of Snowpark for Python, now in public preview and a native integration with Streamlit for Rapid Application Development (RAD) and iteration, currently in development, the company is making a defined developer play that may raise some (positively skewed) eyebrows.

TECHNICAL NOTE: Streamlit is a framework built to simplify and accelerate the creation of data applications. Streamlit promises to make creating web apps from Python faster and easier. Data scientists are able to go from data and models to deployed apps (in a matter of hours) and only a handful of lines of code.

Additionally, Snowflake is streamlining access to more data with new enhancements for working with streaming data, alongside making data stored in open formats and on-premises available in the Data Cloud (CAPS intended, this is Snowflake’s term du jour used to clarify its core technology proposition) – and these enhancements are designed to make it easier for data professionals and developers to build and collaborate with data quickly.

There’s also another term here worth pointing to – Snowflake points to its platform’s ability to deliver consistent governance (and security) for modern applications.

The company says that the introduction of Snowpark, Snowflake’s developer framework, opened up a programming environment for engineers to build scalable pipelines, applications and machine learning (ML) workflows directly in Snowflake using their preferred languages and libraries.

What Snowflake is doing here is extending what users can build with Snowpark for Python, making Python’s ecosystem of open source packages and libraries seamlessly accessible in the Data Cloud.

With a secure Python sandbox, Snowpark for Python runs on the same Snowflake compute infrastructure as Snowflake pipelines and applications written in other languages. This provides Snowpark for Python with the same scalability, elasticity, security, and compliance benefits developers have come to expect when building with Snowflake. Developers now have the unique opportunity to streamline and modernize their data processing architecture by consolidating their Python-based data processing in Snowflake using Snowpark.

“We are heavily investing in Python to make it easier for data scientists, data engineers, and application developers to build even more in the Data Cloud, without governance trade-offs,” said Christian Kleinerman, senior vice president of product, Snowflake. “Our latest innovations extend the value of our customers’ data-driven ecosystems, enabling them with more access to data and new ways to develop with it directly in Snowflake. These capabilities, paired with Snowflake’s best of class data security and privacy, are changing the way teams experiment, iterate, and collaborate with data to drive value.”

Python’s robust syntax and rich ecosystem of open-source packages make it a popular choice for developers, and Snowflake’s continued partnership with Anaconda extends access to more Python packages seamlessly in Snowflake, with all code running in a highly secure sandboxed environment.

The Snowpark Accelerated program has also seen continued growth in large part due to Snowflake’s Python advancements, with more partners building with Python to extend the power of the Data Cloud in their language of choice. 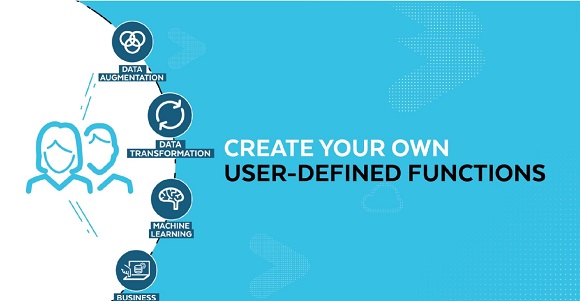