Question: which multi-national enterprise software vendor HAS NOT acquired an API management specialist in one form or other over the last 18 months? Answer: umm, well, not many. As is the way then, Red Hat has announced plans to skewer 3scale.

Let’s not forget, Red Hat acquired FeedHenry almost two years ago and got some API-ish back-end capabilities at the time. This acquisition runs somewhat in line with the mobile app development and backend integration technologies brought forward by FeedHenry.

The firm wants to now align what it gets from 3scale with its existing portfolio, including Red Hat JBoss middleware, Red Hat OpenShift and Red Hat Mobile Application Platform.

3scale enables developers to create and publish APIs with tools such as Red Hat JBoss Fuse and then (theoretically) it allows them to manage and drive adoption of those APIs once they have been published.

Senior Veep for app platforms at Red Hat Craig Muzilla insists that in an era of digital transformation, Agile development practices and hybrid technology footprints, the API economy has become the norm.

“Forrester has estimated that 40 percent of U.S. companies will have API management solutions in 2020, Managed APIs are becoming strategic in the enterprise because they enable organisations to rapidly deliver new services that are easy to consume yet secure, scalable, and reliable, as well as enabling services (as APIs) to be monetised as products,” said the company, in a press statement. 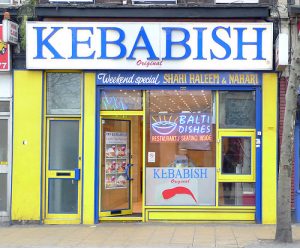 Everybody’s favourite app-centric IDC analyst Al Hilwa is impressed. He points out that at 38%, the company is generally growing much faster than its peer-group around the platform and development tools software.

“This is the growth part of its business and appears to be where it is making its investments going forward, such as with the 3Scale acquisition. The strength behind Red Hat’s growth compared to its peers, especially in the software developer side, is largely a function of its focus on open source. Additionally Red Hat is also benefiting from the synergies of both sides of its portfolio across infrastructure and developer platform. Its acquisition of Ansible and its work on containers is likely another driver allowing it to capitalise on DevOps adoption in IT.”

Most recently, 3scale introduced a containerised version of their API Gateway for Red Hat OpenShift, enabling users to easily and consistently create applications with microservices distributed across diverse, hybrid environments.