Project Marilyn is a new drive to develop a patent-free anticancer drug with elements of crowdfunding and open source development. 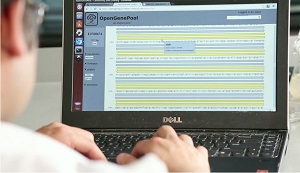 The campaign will fund a xenograft experiment, which is the next step in developing the anti-cancer compound “9DS” — this experiment needs to be completed before 9DS can move on to clinical trials.

TECHNICAL NOTE: A xenograft (experiment) is a graft obtained from a member of one species and transplanted to a member of another species.

MEDICAL NOTE: The drug candidate 9DS was developed at the University of Maryland and the last work done on the drug showed (allegedly) that it had activity against cancer competitive with leading cancer drugs such as taxol.

It is worth noting that the jury is out on 9DS, it is not proven as far as we know today.

All funds in this programme go towards preclinical anticancer drug lab work.

Like the pharmaceutical industry today, the software industry was once historically dominated by big companies and proprietary code bases say Project Marilyn.

“[Today we see that] 9DS is also likely to have lower side effects than most chemotherapies, since a related compound, SJG-136, seems to have low side effects in early clinical trials. Project Marilyn involves: production of more 9DS, and submitting 9DS to a xenograft study (‘curing cancer in mice’). This is the next step in drug development and an important one on the way to doing clinical (human) studies. The process we’re seeking to fund should take approximately 6 months. If we receive more funding, we will add stretch goals, such as further preclinical experiments on 9DS, development 9DS analogs, or other exciting anti-cancer ideas.”

Due to the absence of patents on this project, the status of the project now (and any resultant technologies coming from it) will essentially be open source.