In something of a victory for purists devoted to the contribution model of application development, OpenOffice.org has regained its status as a purely community-based open-source project as Oracle drops its commercial version of the productivity suite.

After acquiring OpenOffice when Oracle acquired Sun Microsystems, the company had infuriated vendors and users alike by refusing to turn the suite’s development path over to the community. 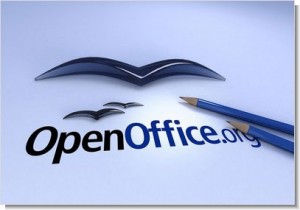 In response to Oracle’s stubbornness, the Document Foundation was formed to create a truly open fork known as LibreOffice, which has arguably enjoyed success, popularity and high-profile interest since its launch.

At the time of writing this weekend, some OpenOffice links on the Oracle website are already showing up and dead:

Oracle’s chief architect Edward Screven has already issued this statement, “Given the breadth of interest in free personal productivity applications and the rapid evolution of personal computing technologies, we believe the OpenOffice.org project would be best managed by an organisation focused on serving that broad constituency on a non-commercial basis.”

The company says it will immediately start working with community members to further the success of Open Office and support standards such as ODF (Open Document Format).

Screven went on to confirm Oracle’s commitment to other open-source technologies, such as Linux and MySQL. “Oracle is focused on Linux and MySQL because both of these products have won broad based adoption among commercial and government customers,” he said.

So what of the future now?

“On the one hand, paranoid community folks are keen to have Oracle spin out beloved open-source projects, thinking this would prevent Oracle from commercialising those projects too much or somehow making them more closed than open,” he said.

NB: Other commentators have also suggested that the whole process is not an open and shut case. “I don’t think the licensing has changed… so the fork should remain until OpenOffice is released under GPL/BSD/etc,” said Jason L. Froebe, independent database developer from Illinois.

Anonymous - 17 Apr 2011 2:02 PM
Given that OpenOffice.org was always heavily influenced by Sun, how exactly has it "regained its status as a purely community-based open-source project".
[-]

Adrian Bridgwater - 18 Apr 2011 4:39 AM
I take your point - and you have a strong one here. But I think if you ask 99% of the developers on the planet whether Sun did a "generally" good job in open source you would, on balance, get mostly positive answers. Adrian