When we talk about open source architecture we are once again, mostly talking about the “architecting” of software applications and their modelling, construction and later development, debugging and refinement.

There is nothing to suggest that the open sharing of construction designs should be any different between Linux advocates and those building much needed housing in sub-Saharan Africa, is there?

The beat of African open source

AllAfrica.com reports news that designs for a flood-proof house for Bangladesh were shared on this newly enriched Open Architecture Network. 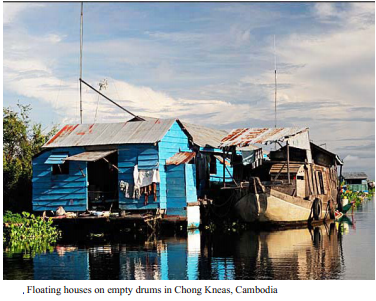 According to the report, “The bamboo house has a central tower which collects and recycles rainwater, with two buoyant sections on either side: one with a floor made from used plastic bottles…

… the other with a floor made from a hollow mesh of cement and steel. It was originally built in Dhaka, Bangladesh.”

Next time you are using your Android phone or coming into contact with some Java-based technology, think about open source designs for amphibious tsunami resistant houses in the Ganges delta.

Image credit above from The LIFT House: thesis by Prithula Prosun