What’s being ‘pushed to’ open source this last weekend or so?

Answer: quite a lot.

There’s a whole smörgåsbord of openness out there… but one project emanating from Redmond stands out for sure.

Microsoft’s Open Network Emulator (ONE) project is intended to simulate the entire Azure network infrastructure as a means of finding bugs, glitches and other nasties that end up contributing to network outages.

Why is this a ‘stand out’ piece of work?

The answer, for most people, arguably, would be that emulating a cloud network (and emulating something that encopasses huge chunks of the Azure cloud platform) in a massive task and very difficult thing to pull off.

Bahl has said that his team is trying to build the most reliable, the most accessible, the most secure, fastest network on the planet.

“We have decided that this is such an important resource for everybody that just hoarding it [for ourselves] is not the right thing to do. So, we are making it available to the entire community so that they can now – and it’s not just for production systems, but also for students that are now graduating. Because it emulates the network so well, they can actually do some amazing research without having major datacenters available to them.,” said Bahl.

As Bahl stresses, it’s been very hard [even for Microsoft] to emulate cloud-scale networks.

Why? Because they’re large, obviously.

“So, let’s say everything is working perfectly well. Barring hardware failure, everything should be fine. But then somebody, who is part of your team, goes and changes something somewhere. [This can potentially] bring down an entire region, because, you know, if you break the network, your packets are going nowhere. They’re not going to the right places. Let’s put it that way. And that’s a complete no-no for businesses,” said Bahl.

A Microsoft Research interview with Dr Victor Bahl and accompanying half hour podcast is available here. 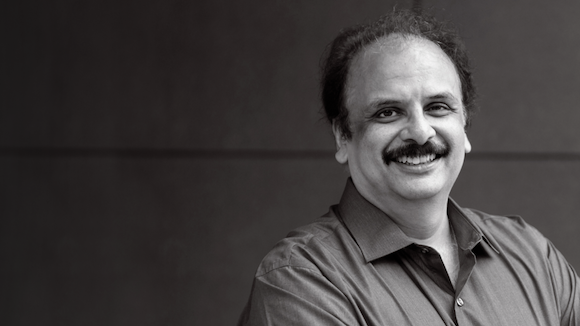 Microsoft’s Dr. Victor Bahl: “We are trying to build the most reliable, the most accessible, the most secure, fastest network on the planet.”