Microsoft continues to claw its talons into the open source space this week by announcing that developers who run, manage, or commit to large and highly influential open source projects will now be “formally recognised” by the company’s MVP Award Program. 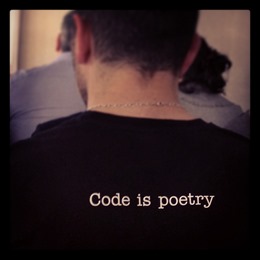 Microsoft code guru Scott Hanselman has posted excerpts from an internal company memo that specifies, “Currently there is a class of developer influencers whose contributions are not yet fully recognized by the Microsoft MVP Program.”

“However since they do not participate in what is considered as more traditional ways such as speech engagement, books, online forums or user groups, they are not usually considered as potential MVPs. Often these developers have technical community followings but may not necessarily be on message.. As a result, there is a belief amongst some influencers that Microsoft does not support open source software.”

But things have changed…

“As we move forward, we will change the MVP guidelines to recognize open source activities with the same weight as other community activities.”

Hanselman himself has said that he had envisaged Microsoft creating a new “Open Source MVP” as a formalised badge or label.

“I pushed that for a while but realised quickly that it would create an island of OSS MVPs, and no one group would claim them. Better to push OSS throughout the whole program so everyone shares a home,” he said.

Microsoft has rounded out the discussion by saying that the MVP Award Program will recognise open source activities in order to promote further growth and support of the technical communities.

… and specifically, the company states that:

Microsoft will work to fine tune the MVP guidelines to recognise open source activities with the same weight as other community activities.

Can a leopard change its spots?

Is Microsoft really just still saying that the only valuable open source is that which extends Microsoft products in its own view?